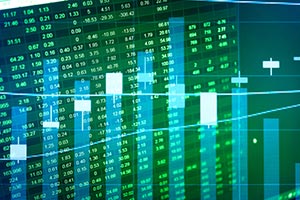 The benefits of low expectations have pushed the markets higher in recent weeks.

But Thursday, the markets hit a speed bump with the Dow Jones Industrial Average sliding 113 points.

In what could be the most insane quarter of earnings reports in a generation, roughly 77% of S&P 500 companies have beaten profit expectations. That's a massive jump from the 63% of companies that typically beat the markets in a quarter, according to Thomson Reuters data. But keep in mind, consensus expectations called for firms to report a 7.2% average decline in profits.

DJIA Today: The Stock to Buy Before the FOMC Rate Meeting Next Week

It seems like President Obama's U.S. Treasury Department and other federal agencies are trying to cram eight years of new regulations into a three-month period.

The latest regulatory proposals center on how much money Wall Street executives can receive in salaries and bonuses. Today, the U.S. Securities and Exchange Commission, the Federal Reserve, and others proposed rules that would curb financial executives from taking risky positions in order to boost their pay. The rules would require a seven-year waiting period for firms to "claw back" or repossess bonuses if executives' actions negatively affect their institutions.

In recent sessions, oil prices had been moving higher due to a variety of factors expected to impact supply. First, a number of global oil producers announced plans to meet in Russia next month to try again to build a consensus to freeze output in order to support price. Meanwhile, the International Energy Agency announced the price decline over the last 18 months drove non-OPEC producers to slash investment by up to 40% since 2014.

Here's everything you need to know about oil prices right now.

On the economic front, weekly jobless claims fell below the psychological level of 247,000 for last week. Weekly unemployment claims have fallen to their lowest levels since 1973.

Meanwhile, the Philadelphia Fed Index contracted in April, raising new concerns about the health of the U.S. manufacturing sector. The monthly index slipped -1.6, far below the 10.5 reading that economists had expected. In March, the reading hit 12.4, the first positive reading in seven months.