There are slippery brokers everywhere who want to manage your retirement money – and now they want to get their hands on it as fast as they can.

That's because starting next April, all brokers will be held to a much higher "fiduciary" standard rather than the simple "suitability" standard they're held to now.

Believe it or not, there's a huge difference between being a fiduciary and offering up suitable investment advice.

And not knowing the difference could be costing you a fortune.

Today, I'm going to tell you about the new fiduciary rule for brokers managing retirement accounts – including the difference between the suitability standard and the fiduciary standard, the new rule changes going into effect next year, and what it all means for your money.

And make no mistake – it means a lot. Americans have stashed about $14 trillion in IRAs and 401(k) plans, and brokers have been making a killing giving so-called "suitable" advice. 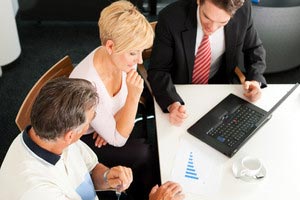 With huge numbers of Americans retiring – and with retirees and workers planning their retirement increasingly worried about Social Security benefits, low interest rates, volatile markets, how to navigate investment pitfalls – and with more people than ever turning to advisors and brokers, the new rules are a welcome outcome.

The fight over elevating standards to which brokers are held has been a messy one.

The proposed rule changes received 3,000 comment letters. And over a four-day period of hearings on proposed changes, 80 parties – both for and against changes – made their cases.

In the end, the U.S. Labor Department (which oversees pension and retirement account rules) prevailed in its six-year battle against entrenched Wall Street interests, who argued the proposed changes in the rules would hurt investors, not help them.

The most popular Wall Street pushback was enunciated by Andy Blocker, executive vice president of public policy and advocacy at the Securities Industry and Financial Markets Association (SIFMA), who said, "Our biggest concerns are reduced access to advice for the lower end of the investor spectrum and higher costs for individuals, either investors will be put in an account where they pay more, or they'll get less service."

I'll debunk that bunk in short order. But first, let me tell you the difference between a fiduciary and a broker giving "suitable" investment advice.

The Fiduciary Standard vs. the Suitability Standard

All registered investment advisors (whether through the Securities and Exchange Commission or through a state agency) are held to a "fiduciary" standard.

A fiduciary can be anyone – a banker, an asset manager, an accountant, an executor, a board member or other corporate officer – responsible for managing the assets of another person or group of people. Fiduciaries have an ethical and legal responsibility to act in good faith and in the best interest of the party whose assets they're managing. They are not allowed to personally benefit from their fiduciary duties.

In short, a fiduciary has to, by law, put their client's needs and best interests above their own.

Brokers, on the other hand, are directly overseen by their firms and the Financial Industry Regulatory Authority, or FINRA, a "self-regulatory" body (itself another story for another time), and have been held to a very different standard.

Instead of having to act as fiduciaries, brokers only have to make "suitable" recommendations and give "suitable" advice to their clients.

The short version of offering suitable advice means brokers aren't required by law to act in their customers' best interests.

As an example, a broker can put a client into a fund or product that has a high "YTB" ("yield to broker" is an industry term used derisively by brokers), meaning a fat payday for the broker, as long as they can prove it was "suitable" for the client.

A fiduciary couldn't do that if there were competitive products available with lower fees or commissions.

Of course, the suitability standard can be a moneymaker for unscrupulous brokers…

With $7.3 trillion held in individual retirement accounts (IRAs) at the end of 2015, according to the Investment Company Institute (ICI), and employer-based pension 401K accounts holding another $6.7 trillion, which can be rolled into IRAs, the new rules to better safeguard retirement account management by brokers is really good news.

But not all the proposed rules made it through the gauntlet.

The Biggest Changes to How Brokers Can Manage Your Retirement Savings

Here's a short and simple explanation of the most important rules changes:

Important note: Some old allowances under the old rules will be "grandfathered" in. Check with your broker to see what they might expect to grandfather in and how that might impact how they manage your money.

While the new rules are a great start to fixing cracks the size of the Grand Canyon some brokerage clients fall into (are pushed into?), they will likely be challenged before they are fully implemented and most definitely challenged once they're in effect.

Costs to administer retirement accounts might well tick up because of additional compliance and regulatory oversight expenses, but in the end, fees charged to clients will come down because service providers will have to be more competitive among themselves.

And if they're not competitive, or if "little" clients aren't welcome at big brokerage shops, the rapidly growing robo-investment advice revolution will level the playing field and put out a welcome mat for all kinds folks seeking advice on managing all different kinds of accounts.

How to Play the Panama Papers Scandal: Of the over 500 banks and bank subsidiaries implicated in the Panama Papers, some are major global banks. That creates a major trading opportunity. Here's how to get into position to catch profits as investigators follow the paper trail…