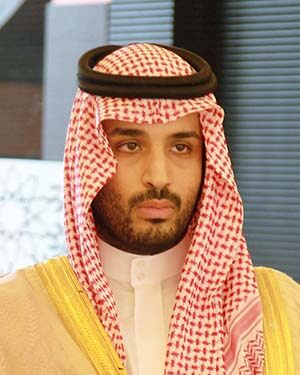 It's officially time for Saudi Arabia to move away from oil profits.

Earlier today, the kingdom's Deputy Crown Prince Mohammad bin Salman Al-Saud unveiled his long-term economic plan, entitled "Saudi Vision 2030," for the oil-addicted nation. His proposal, which he outlined in a pre-recorded interview with Saudi-owned Al-Arabiya News Channel, revealed his intentions to shift the country's focus away from reliance on crude oil profits and more toward investment-generated revenue.

You see, tumbling oil prices have shaken the security of the world's wealthiest nation. Last year, just over 70% of the country's revenue came from oil. Saudi Arabia is used to that percentage being more around 90%. This drop in profits spawned a $98 billion budget deficit to boot.

So something's gotta give. And bin Salman knows that.

He also told Al-Arabiya News that his "Vision 2030" plan would ensure that Saudi Arabia could not only survive, but thrive without oil.

Among the reforms announced in bin Salman's interview were:

The prince's reform proposal is not the first redesign of Saudi Arabia's economy, Reuters reported this morning. Previous reform attempts in recent decades have yielded weak results. Mohammad bin Salman Al-Saud's plan might be the boldest since the kingdom was founded in 1932.

Valeant Stock Has No Value and Will Go Belly Up: Valeant is mulling a multibillion-dollar asset auction to reduce its $30 billion in debt and shore up its balance sheet. The once high-flying Wall Street darling has seen its market cap swoon from $90 billion in August 2015 to $11 billion today.  But it'll hardly help. Here's why the one-time pharmaceutical giant is headed for bankruptcy…