As Chief Investment Strategist, it's my job to give you the tools you need to prosper and protect your wealth in these complicated financial markets.

And right now, range-bound, sideways markets are starting to head a bit lower, so this is the perfect time to talk about a tactic we haven't covered yet…

It's an incredibly easy way to squeeze every last cent of profit out of stocks you own.

And as you'll see in a moment, using it correctly could potentially mean the difference between an easy, comfortable retirement… or years of extra toil in the office.

So let me tell you Ron C.'s story. He pulled me and my team aside between presentations in Carlsbad, California, earlier this month.

As it turns out, some of his colleagues could have benefited immensely from what I'm going to show you…

These Folks Delayed Their Retirement… for 17 Years (and Counting)

"I was camping with some friends back in '99," Ron told me. "They worked for Intel, and they all couldn't wait to tell me how they all planned to retire in just a couple years, since they had millions of dollars in retirement savings tied to Intel stock – clearly stock they wanted to hold" (emphasis added).

Hearing they had all their eggs in one basket made him feel kind of uneasy. "Guys," he said, "have you thought about protecting all this?"

Turns out they hadn't.

Tragically, Intel Corp.'s (Nasdaq: INTC) stock got slammed a few months later when dot-com became dot-bomb. Ultimately, it would lose more than 56% of its value within just a few months, from August to December 2000.

Worse, Intel trades only $1 higher today than it did 17 years ago.

Ron never found out whether or not his camping buddies succumbed to emotion and sold Intel on the crash. But, he does know that 17 years after they'd planned to retire and live like kings, they all still work at Intel.

Double Your Income Potential Even If Dividends Don't

Chances are you know people in a similar predicament. They're stuck working long after they could have retired simply because they didn't protect their investments when they made them, nor as they held them. Worse, they fail to take a few simple steps to maximize profits. 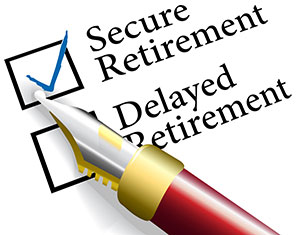 That's like a storekeeper not protecting his or her inventory. If it's just sitting on the shelves, it's not making money. That's great if you think somebody will come along down the line, blow off the dust, and buy what you've got, but pretty much a waste of time in the interim.

Most investors will never think this way, which is why they'll doom themselves to mediocre returns at best and miss out on gobs of income they could have been earning all along.

Then, only 10 months later, the stock brushes past the $100 mark, meaning you've got a 100% gain on your plate. The dividend issued in summer 2012 hasn't hurt either, which is why you're looking forward to watching your position push on even higher.

If you're really thinking ahead, you may have even decided to cash out when Apple hits a specific profit target – a move, incidentally, that puts you ahead of 99% of your investing peers.

But… what happens if Apple stumbles in the meantime?

Apple is a volatile stock. It lost more than 80% of its value in the dot-com bubble, and in 2008 it also lost more than half its value from May to December. If you're not thinking about how to maximize profits when that happens, you're leaving huge amounts of money on the table that could otherwise be in your pocket!

A "covered call" is an options strategy that helps you protect against meltdowns in a stock you own by selling call options.

Contrary to what many investors believe, covered calls are one of the most conservative of all options strategies. What's more, covered calls can help you beat range-bound market conditions like we have right now.

In plain English, covered calls are perfect for investors who want keep the stocks they own and produce a fair amount of income, too.

Conceptually, covered calls are easy to understand and, therefore, a perfect tactic for people who want to own stocks and squeeze out every possible penny in profits.

There are three terrific benefits:

To sell a covered call, you need to own the stock first. Then, you sell one call option for every 100 shares you own. Your breakeven then becomes the purchase price, less the cold hard cash you get from selling your options.

Then, one of two things is going to happen.

If Apple trades higher and is above $110 per share come July 15 when they expire, you fork over your shares, enjoy the $2,410 in profits you collect on its move and the extra $3,750 from selling your call options. Then, presumably, you do it all over again, assuming, of course, you still want to own Apple.

If Apple trades lower, you keep the cash from the call options you've sold when they expire worthless and you keep your stock, too. Then, you rinse and repeat, selling still more options to generate more income.

Now, a quick side note.

There are legions of options traders who short-circuit right about now because they believe that owning shares of a stock that's dropped below your breakeven is a bad thing. That's true if you're trading speculative junk, but remember, we're talking about stocks you want to own for the long haul here. In other words, quality stuff worthy of your investing dollars.

Obviously, I've just scratched the surface here. Options can be as complicated as you want to make them… or as simple.

I prefer simple every time.

Covered calls can significantly boost your profits over time, and they're a great way for investors to harness profits that you'd otherwise leave on the table.

The 2016 U.S. presidential election is already shaping up to be the most expensive election of our lives… but only Keith is paying attention to the force that's driving costs into the tens of billions of dollars. He's isolated a small cap that's likely to bring investors 420% in gains once the shouting is over. And the best part is, it doesn't matter who wins in November. Click here for Keith's investor briefing, including the ticker symbol, and you'll get his Total Wealth service twice each week at no charge, too.

Selling covered calls is a no brainer. Got it. That said, the strategy DOESN'T provide you with all that much downside protection … unless you've been able to sell options consistently over time and you've really lowered your cost basis (which should be your goal, by the way. You have to have a really good reason NOT to sell options against your position, in my opinion.) Say you buy a stock at $70 in Jan of 2015 and you sell some $80 calls out a few months. And the stock drops to 50 by the end of July. Sound unlikely?… Read more »