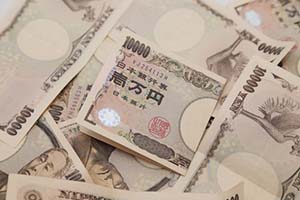 Dow Jones Industrial Average News, 4/28/2016: Just when you thought that the markets were going to start moving away from the trap of listening too much to what central bankers have to say, the market tanks when it isn't allowed to get its sugar high.

The Bank of Japan (BOJ) made a surprise announcement to not cut rates or inject more stimulus, and that sent the market down early this morning by more than 150 points.

It seems that this cycle of expectations is never going to end. That said, here's today's top stock market news, stocks to watch, ways to profit, and economic calendar for April 28, 2016.

Dow Jones futures projected a 150-point loss this morning after policy decisions from the Bank of Japan and the U.S. Federal Reserve. In addition, investors are eyeing first-quarter GDP, and the expectations couldn't be any more disappointing.

Exciting New Opportunity:  Every investor wants to find the next best penny stock, and we think we found it. In fact, this particular stock could net you gains of 100% or more. Find out more about this amazing opportunity…