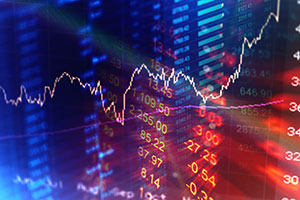 It was a tough day for the markets on Friday as Apple Inc. (Nasdaq: AAPL) continued its no-good-very-bad week, and healthcare stocks weighed down trader sentiment. The Dow Jones Industrial Average fell after consumer spending levels fell short of expectations and one of the Nasdaq's key pharmaceutical giants fell significantly short of earnings expectations.

Apple Inc. (Nasdaq: AAPL) was still sliding a day after manager Carl Icahn announced that Icahn Enterprises (NYSE: IEP) has ditched its position in AAPL stock. Shares of AAPL stock fell 1.4%, capping off the technology stock's worst week since 2013. Concerns about the company's ability to sell products in China are weighing down trader sentiment, in addition to the firm's ongoing shift toward services and applications as a remedy for falling iPhone sales. As Money Morning Technical Trading Specialist D.R. Barton explains, the company is changing the meaning of what it means to be an Apple shareholder. Barton says the company is taking a big misstep right now.

The Panama Papers saga continues. Yesterday, the International Consortium of Investigative Journalists (ICIJ) announced plans to unleash new damning evidence from Panamanian law firm Mossack Fonseca to the public. Here's the one major revelation that everyone will be talking about.

On the economic data side, concerns about inflation continue to cloud the expectations for the next interest rate hike by the U.S. Federal Reserve. This morning, the U.S. Commerce Department announced that the personal consumption expenditures price index, excluding food and energy purchase, ticked up 0.1% in March. The agency also upwardly revised February's increase to 0.2%.

Crude oil prices rose moderately today, capping off a stunning month that saw WTI crude prices increase by nearly 20%. Even though prices have rallied 75.6% from their 13-year low of $26.21 in February, oil price predictions on Wall Street are still bearish. Here's why they're wrong.

Meanwhile, Chevron posted a much wider than expected loss. The company's loss was its largest since 2001, a staggering decline of $725 million. That's down from last year's profit of $2.57 billion.

With oil prices rebounding over the last few months and the dollar declining, investors expect much better earnings in the second quarter.

This Penny Stock Will Double Your Money - and Save a Dying U.S. Industry: Finding a truly appealing penny stock isn't easy, which is why this one is interesting. Not only is this green energy stock capable of a gain of 100% or more, it's just now rolling out technology with the potential to rescue the struggling coal industry. But this 21st century success story has only just begun, making now the perfect time to buy this stock...