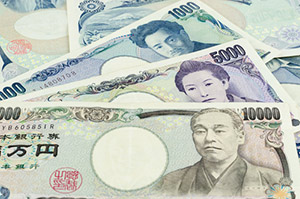 Dow Jones Industrial Average News, 4/29/2016: The market appears to have steadied after a brutal Thursday saw the Dow crater more than 200 points after sugar-high addicted traders didn't get the stimulus they wanted out of the Bank of Japan and U.S. GDP registered at a dismal 0.5%.

Dow Jones futures projected a two-point gain as the Japanese yen has had its best week of trading sessions since 2008. The Bank of Japan's decision to hold interest rates at current levels and not introduce additional stimulus stunned traders on Thursday, as they anticipated even greater cuts to already existing negative interest rates.

The Must-Have Investment of 2016: It may sound surprising, but water is now the most important investment you can make. It could deliver huge returns to investors who get in on it now. Find out what stocks water stocks to buy here...

Here's more on why the Dow is pushing lower this morning.

Amazing Investment Opportunity:  If you're an investor, you're always looking for the next penny stock that will bring you double-digit gains. We think we found the perfect penny stock. This particular penny stock could bring you gains of 100% or more.