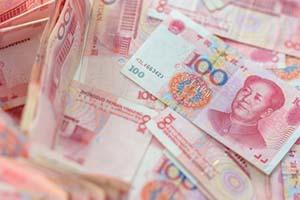 Dow Jones Industrial Average News, 5/2/2016: Sell in May and go away? That's what investors will be discussing as the month kicks off.

Concerns are accelerating about global growth on news that Chinese economic data fell short of economists' expectations. The nation's decision to taper stimulus efforts has pushed the country in to what could easily be described as a "liquidity trap."

Dow Jones futures projected a gain of 10 points as the Chinese PMI index took a bigger hit than economists had anticipated. According to data released last night, the purchasing managers' index (PMI) slipped by 0.1 points to 50.1. That's slightly below economist expectations of a monthly jump to 50.4.

Best Investment of 2016: Water is the most important investment you can make right now. Water stocks could deliver huge returns, as this sector will only continue to grow. Find out the best water stocks to buy right here…

New Opportunity Alert:  It's hard to find a penny stock that is actually worth your investment. But we found the perfect penny stock for you. In fact, this particular penny stock we discovered could net you gains of 100% or more.