Apple Inc. (Nadsaq: AAPL) shares got blasted Wednesday with a $40 billion sell-off following news of the company's first-ever revenue decrease and a slowdown in iPhone sales.

The media pile-on was quick and unforgiving:

…Apple Will Head to $80s – This Chart Shows Why – The Street

The real fireworks started Thursday, though, when news crossed the wires that billionaire activist investor Carl Icahn dumped his Apple stock. Legions of investors piled on, driving the price down another $3 per share to close at $94.83 per share. And it continued Friday in early trading. 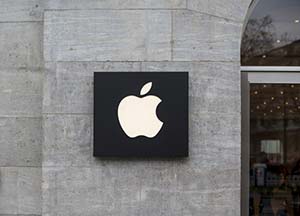 I can't think of a worse mistake than bailing out now.

What most people fail to understand in their rush to emulate folks like Icahn is that activist investors are not in it for the social agenda they espouse. So if you're following them with the intention of mirroring their moves, odds are you're gonna be disappointed, not to mention a whole lot poorer for having done so.

Let's talk about why, what's next for Apple, and what it all means for your money.

Activist Investors Aren't in It for the Social Agendas They Espouse

For example, in the summer of 2013, Nelson Peltz of Trian Fund Management pushed PepsiCo CEO Indra Nooyi to buy Mondelez International, a former Kraft snacks business. Peltz wanted Nooyi to split PepsiCo into two businesses as a means of adding value – one focusing on food and one on beverages.

It was no coincidence that he wanted her to buy Mondelez. As of July 2013, he held a $1 billion stake in the company.

Bill Ackman's Pershing Square went after Target in 2008 with the intention of carving off credit card operations and separating store operations from real estate operations. Ackman even went so far as to propose establishing a real estate investment trust, or REIT for short. He, too, wanted to unlock revenue potential and free up capital in the name of profits.

Like Peltz and Ackman, Icahn made no bones about forcing his agenda on CEO Tim Cook using every means possible, including public letters, media appearances, interviews, and more. He wanted Cook to spend the hundreds of billions in cash Apple had on the book and grow the company faster.

And that's where you need to pay attention.

Many of the top activist investors, including Peltz, Ackman, and Icahn, for example, got their start as corporate raiders a la Gordon Gecko, a fictional character in the 1987 hit film "Wall Street" and its 2010 sequel, "Wall Street: Money Never Sleeps."

They're audacious, stubborn, and extraordinarily aggressive. And, contrary to what many want you to believe, corporate activists are not in it because they believe in the goodness of their actions. They're in it for the profits – pure and simple.

Studies show that raider activists work their magic over the short term, typically anything from a period of months to right about three years. What you need to understand is that they are usually not aligned with long-term value, let alone your interests as an individual investor.

Activist investors force false attention on the short-term metrics they need to make their highly leveraged and short-term investment positions pay off. That's why they push for things like giving cash back to shareholders, spinning off business units, or making a series of acquisitions using cash on hand to boost returns. It's also why they push for board seats and changes in corporate governance.

You'll notice that corporate activists frequently take their case to the public by "talking up their book" – a derogatory Wall Street term meaning they make public commentary on things intended to increase the value of their own holdings. They have to, because most of their positions are short term and many run contrary to ongoing management interests and strategic planning.

Unfortunately, the mainstream media never highlights the distinction. Neither does the public, which falls for the notion of a "Robin Hood-like" story almost without fail.

More often than not, activist investors significantly weaken the companies they target over the long term. There's no better example of that than Eddie Lampert, who very publicly took over Sears Holding Corp. (Nasdaq: SHLD) in 2005.

In case you don't remember the headlines, Lampert sliced Sears into more than 30 business units with the intention of making them all compete for resources and unlocking value. Then there was the fabled (and badly conceived) merger with Kmart.

By 2013, Lampert had run through three CEOs before anointing himself to the task despite the fact that neither he nor the CEOs he'd hired and fired had significant retail experience either.

Now, a decade after he rolled in with high hopes and a huge media splash, shareholders have gotten clobbered. Sears had $4.8 billion in cash on the books in 2005, yet has only $238 million today, according to Yahoo! Finance – a 95% drop. Worse, Sears stock has dropped 79.20% while the S&P 500 has returned 76.63%, as Lampert stripped just about everything of value from the books, leaving the fabled American retailer a shadow of itself.

Ostensibly, the billionaire dumped his shares because he's concerned about China and its impact on his investment. At least that's the story he's spinning publicly.

I simply think he couldn't get what he wanted: more leverage, a short-term boost in share prices based on the financial engineering that would have come with a more aggressive buyback program, and the opportunity for even more ginormous profits. So he hit the road like a five year old taking his toys out of the sandbox because the other kids won't play with him.

I wouldn't cry, though. Icahn told CNBC that he made $2 billion from his Apple investments, which is not bad considering he owned the stock for only a few years give or take, and to my way of thinking, played the investing public like a fiddle while he did.

Now, I've never recommended Apple because I'm interested in iPhones, so I'm inclined to take both Apple's earnings and the public reaction to Icahn's exit with a huge grain of salt. I know the data which shows that 85% of all buy/sell decisions are made at precisely the wrong time, and I know how emotions get in the way of profits.

I remain interested in the much bigger game being played out in artificial intelligence, user systems, and big data, and encourage you to be, too – at least if you're an investor, anyway.

Apple's a bargain in the mid-$90s for any investor with the right perspective.

It's worth noting that Apple still recorded revenue of $50.6 billion last quarter and gross margins of 39.4%. Further, iPhone sales are still up 17% year over year; people are simply griping about the fact that they aren't climbing as fast as they were 12 months ago.

What's more, services growth is nearly 30% a year and climbing. This is a logical outgrowth of slowing sales as more people repair what Apple devices they have rather than upgrade to the newest models. It's also a viable source of future revenue that the markets have all but thrown out the window in the past few days.

And, finally, the company has traded to such low levels on nothing more than a knee-jerk reaction that the price/earnings ratio is a mere 10 times earnings. Put another way, Apple's being priced like it's never going to grow again.

You and I know that won't happen. Apple is hardly going to fade into oblivion.

My back of the envelope calculations suggest that Apple could maintain current valuations just by repurchasing shares and maintaining current profit margins. In other words, the devices everybody thinks are so important right now are next to irrelevant.

Think about what's happening for a second, Total Wealth-style. Apple's…

Obviously we've covered a lot of territory today, and there's a lot to think about.

My job is not to take sides – it's to help you make money by understanding what makes guys like Icahn tick and how their actions impact your profit potential.

The only question, under the circumstances, is how you manage both the risk AND the opportunity in the meantime.

And I'll be back to discuss both in an upcoming column.

Editor's Note: It's not uncommon for individual investors to get caught up in the whirlwind that follows big moves from activist investors – especially with an iconic company like Apple. But it doesn't have to be so complicated. In fact, Total Wealth's Five Investing Principles will allow you to see beyond the smokescreen and decide your next move. Get Keith's full investment strategy report – completely free – right here.