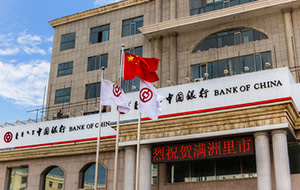 Dow Jones Industrial Average News, 5/3/2016: At what point will weakening Chinese data weigh down investor sentiment and reality about the world's second-largest economy?

A lackluster manufacturing number didn't do anything to hold back the markets on Monday, but investors are waking up to today's report that manufacturing activity in Chinese factories declined for the 14th consecutive month.

The country has engaged in multiple rounds of stimulus and currency devaluations in an effort to spur economic growth. However, it's become increasingly clear that China's economy isn't close to maturation and that Keynesian efforts to boost the country's growth rate are stalling.

That doesn't mean that the country won't continue to do the same thing over and over again, fueling more debt, more stimulus, and further devaluations. Economists stay true to their theories, even if the real problems with China's economy center on badly needed reforms.

Dow Jones futures projected that the index planned to surrender roughly all of Monday's triple-digit gains as traders worried about the weakness in the Chinese manufacturing sector. Investors will be looking for guidance on the U.S. economy today when two members of the U.S. Federal Reserve offer speeches later this afternoon.

Investment Alert: What is the most important investment you can make right now? You might be surprised, but the answer is water. Find out more about the best water stocks to invest in right here…

Penny Stock Alert:  Are you having trouble finding the right penny stock to invest in? Well, we think we found an amazing opportunity. In fact, this penny stock we just discovered could net you gains of 100% or more. Find out more right here…