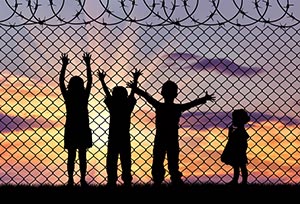 Undocumented minors are expected to soon flow into the United States from Central America at a record clip.

While 2015 saw only 40,000 unaccompanied, undocumented children come in from our southern neighboring countries, that number is expected to increase almost two-fold by 2017 — to about 75,000.

And the U.S. government intends to greet them with generosity.

You see, after initially trying to classify these children as "trafficked minors" in 2014, the Obama administration instead opted to relabel them as potential refugees.

And with this new status comes fiscal responsibilities on Uncle Sam's part.

And on your part, too…

A Look at What Undocumented Minors Will Get from Uncle Sam

On Jan. 13, in order to meet what he considers "unexpected urgent refugee and migration needs," U.S. President Barack Obama requested a budget of $1.3 billion in funding for the Unaccompanied Children (UC) program for FY 2017.

This is an increase of $278 million from the FY 2016 enacted level of $948 million, according to data from the Center for Immigration Studies (CIS) released this month.

And it's a $1 billion uptick in the program since 2010, all subsidized by taxpayer money…

CIS pared the White House's requested 2017 budget against the estimated number of Central American children who will cross illegally into the United States next year (again, 75,000).

What it found was rather disturbing…

These refugee minors will essentially be allotted $17,613 each.

And worse yet: That's $2,841 more than the average annual Social Security retirement benefit, according to the CIS' new report.

Uh, What Do You Need All That Oil For? China has been not-so-secretly stockpiling millions of barrels of crude oil. Investors and experts alike are wondering why China is hoarding the commodity at such a ravenous clip. Here's a look at the two main reasons behind the Red Dragon's stranglehold on the oil glut…