Oil prices are levelling off. The combination of inevitable profit-taking and indications that some OPEC members were once again ramping up production brought the week's spike to a halt, with both main oil benchmark rates (WTI, set in New York, and Dated Brent, set in London) down slightly.

And while we're now looking at a rather narrow price range in advance of the next meeting of global producers (to be held in early June in Moscow), a much bigger change is already rocking oil markets – whether a production freeze is agreed to next month or not.

You see, there's a new "oil equilibrium" forming… and money is already moving in.

Now, I'm not talking about supply and demand here. In fact, that has little relevance today.

Instead, I'm talking about a completely new kind of energy investment – one that will change the industry as you know it…

Forget About Supply and Demand 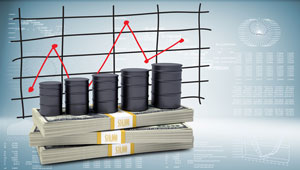 To be clear, I am not referring here to any sort of parity between supply and demand, the old kind of balance everybody would look toward in a traditional market. The production surplus is still adding about 700,000 barrels a day above current levels of worldwide demand.

And then there is the even more significant reserve environment.

The global oil sector today has far more known, extractable oil reserves than at any time in the past. This is oil that can in short order end up in the market. This acts both as a short-lived bottom-line relief to companies – by giving them more oil to sell when prices make extraction worthwhile – and as a restraint on how high oil prices can go (and how quickly).

So we are not looking at supply matching demand anytime soon. In fact, for the first time I can recall during my decades in this business, we can almost assume that the supply side of the equation is taken care of.

Instead, a new investment picture is emerging – one of an altogether different sort.

The Big Money Is Looking for a Specific Oil Price Range

This new development is taking shape in international capital centers like London, Dubai, and Hong Kong. Gone is the search for any unusual weakness or strength in the underlying condition of oil as the basis for investments in oil futures.

In this approach, investors looked for signals of a change in the differential between the price of futures contracts and actual consignments of oil for physical delivery.

This was the situation as early as 18 months ago, but it's ancient history these days. The prevalence of extensive excess reserves of oil negate this traditional approach, other than for very short-term moves.

Today, investors are primarily interested in establishing a pricing band just below the level that would cause significant additional oil to be extracted and injected into the market. This is important to keep in mind, as it's likely to be a focus for much of the "big boy" investment money moving forward.

A rapid and consistent increase in price will merely attract additional oil extraction, as debt-heavy companies in the United States and rentier countries (i.e., countries dependent on selling raw materials without improving the land) elsewhere desperately seek sales to survive.

The drive would accelerate even if it resulted in reducing profits. It is the promise of more revenue flow, not higher margins, that is the short-term appeal for distressed oil producers.

If, on the other hand, rising prices were to stabilize at a level that is still too low to justify more expensive U.S. shale and tight oil production, then a new investment target develops for the large investment players.

Assets, Not Companies, Are the New Acquisition Targets

They are not looking to acquire distressed companies, or even forward consignments of oil production.

Instead, they are about to move into cherry-picking assets globally… in a big way.

You see, conventional acquisitions of whole companies are less desirable in the present environment because oil-producing companies are shackled by crippling debt, unprofitable projects, and rusting equipment in North America, and face political infighting, policy paralysis, and corruption abroad.

Instead, the focus for billions in investments about to roll out soon is to acquire only particular fields, wells, project leases, drilling options, and the like from companies no longer able to operate in a cash-starved existence.

Investors have begun stripping operators of such assets in the United States, Canada, the North Sea, and the Asian continental shelf. What will result are oil production and project holdings. Picture this as the worldwide oil investment equivalent of stringing popcorn around the Christmas tree.

The only common element here is a focus on the future profitability of particular assets, not companies. These assets can be run, swapped, flipped, or collateralized. In a few specific cases, they may serve as nothing but a way to withhold volume in certain regions to artificially boost local oil prices.

The important thing to remember in all of this is that the objective of this new equilibrium is to stabilize prices below levels where higher-cost drilling becomes profitable. That frees up the investment value of particular assets.

If this sounds familiar, that's because it is…

The Midstream Is Already Consolidated – Now It's Time for the Upstream

These new, emerging production holdings will do for the upstream sector what previous consolidations of assets did for the midstream control over pipelines, terminals, storage, and initial processing.

But they will be different from the master limited partnerships (MLPs) and similar approaches that have dominated the midstream space.

This consolidation phase has less to do with aggregating physical components into a bigger operating unit. Unlike in the midstream, the aim is not to create new, large, and integrated corporate structures.

The goal is control over immediate revenue flow.

These changes to the U.S. oil patch present you with a number of investment opportunities. I'm preparing a briefing on this right now and hope to release it in the next couple of weeks. Stay tuned.

Oil Prices Are Rising Faster Than Expected: WTI rose nearly 20% in April despite the doomsayers. Those same skeptics would have you believe these gains are unsustainable. They'd be wrong. There are three key factors that will maintain crude's gains and move prices from here…