The end of April and beginning of May will always, for me, be "final grades" time. It comes from teaching two generations of university students and having a crush of exams and research papers to grade this time of year.

Even after leaving the halls of academe, I still find myself feeling the effects. I may have retired physically, but it will stay with me forever.

In the past few days, I was reminded of a particular event from my university days – an event of huge importance to today's energy markets.

You see, we are fast approaching the end of one energy age… and the beginning of another.

And years ago, a challenging question from a student led me to rethink something big… something that every investor needs to keep in mind.

Especially during the current monumental shift in the energy sector…

Out of the Mouth of Babes 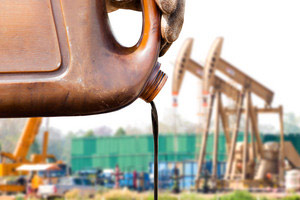 Younger students don't have the blinders associated with having more background (but often less imagination).

Not knowing conventional thinking, the "kids" just let it rip.

Years ago, a challenging question from an undergrad resulted in a realization that would have a measurable impact in my own professional life.

Of course, there also has to be an environment that allows students to do it.

In my 40 years as a university professor, I had two rules about what was allowed in my classroom. Everybody knew them.

First, you could say anything but you better have something to back it up. Second, nobody was permitted to throw physical objects at anybody.

Everything else was just about fair game.

Well on one of these occasions there was a lively conversation underway over what was meant by the idea of progress. A "youngin" challenged me to deny that human advancement depended upon invention.

I immediately did so… at which point half the class rose in opposition.

An invention is quite rare, I noted. It involves bringing something entirely new into existence.

Innovation, on the other hand, is taking something that already exists and using it in a new way. That I insisted is what drives most of civilization forward. It also highlights that peculiar human proclivity – problem solving.

Much of what I have witnessed in the more than four decades of my involvement in all things energy has reinforced this conviction. Especially when we reach one of those seminal points in human development… like now.

We are coming to the end of one major period in energy usage. This one has been animated by crude oil, just as the previous epochs ultimately centered on the use of some other primary energy source (coal, steam, wood).

As such, the assumption is that another unique energy source must be found to replace oil – a silver bullet of sorts to slay the beast and usher in the death of crude.

Yet, in point of fact, that has never been the immediate aftermath of change. There has always been a transition in which older and newer energies would intermingle until delivery infrastructures and considerations of efficiency would select the next primary base for economies and cultures.

These days a popular belief holds that some singular energy source (like natural gas) will serve as a bridge between oil and the next dominant stage (renewables are usually the target in these conversations). Nonetheless, this is still looking at development resulting only when one energy type becomes dominant, replacing some other (and earlier) mainstay source.

Energy Diversity Is the Goal

Today, we are experiencing the rise of a genuine energy balance that involves an intended, longer-term interconnection among an increasing variety of energy sources. This is not simply a transitional period filling in the space between one "king" energy and another.

Rather, the variety is going to be intentional. The balance among energy sources is the actual objective, not merely some makeshift interregnum.

However, there is one caveat to all of this. And it harkens back to that classroom years ago. Because we are at the end of a major technological advancement cycle, a new, intensified wave of innovation is now required.

For much of the past 20 years, advances in how we produce, transport, and use energy have largely involved reducing size, increasing efficiency, and applying economies of scale. All of these have improved the bottom line for the practitioners positioned to benefit.

This has been driven by innovation, not invention. But we are now at the end of this cycle. It has enabled (in some cases dramatic) reductions in operating expenses and supply costs. The impact to solar energy from the amazing reductions in the cost of components is a good case in point.

And it is in the solar energy segment that the most dramatic changes have taken place. Solar today has grid parity (it is equivalent in cost to other sources of electricity, such as coal or natural gas) in 29 states.

But solar (and wind, for that matter) now share a common problem with the development curves in other energies. And for innovation to kick in at this point will require a change in perspective…

This Energy Shift Will Require Innovation – Which Creates Profits

That's because we now face two compelling issues, common to all energy sources.

The first involves setting up redundant energy production and delivery systems – without these becoming either cost ineffective or environmentally challenging. Any working energy balance will require a seamless ability to move from one energy source to another as the market and situation warrant.

The second is fast becoming the elephant in the room for any discussion of meeting energy demand moving forward. The world in general (and the United States in particular) is rapidly approaching a point where massive energy infrastructure replacements will be required. Everything from where we produce or generate power, to how we transport and distribute it, will have to be rebuilt and extended.

Both of these provide us with a choice. We can replicate what exists today, or we can innovate once again to meet the challenges of a new period in development.

My bet is on the latter.

And whenever a new wave of innovation strikes, investors who get in early see huge profit potentials. Just imagine investing in the right oil companies at the end of the 18th century, or in Ford Motor Co. (NYSE: F) at the start of the automotive age.

I'll be tracking this coming wave of energy innovation closely. Stay tuned for more as this shift ushers in some great new profit centers for investors.

A New Equilibrium Is Now Setting Oil Prices: There's a new "oil equilibrium" forming, one that has nothing to do with supply and demand.  This is a completely new kind of energy investment, one that'll change the industry as we know it, and money is already moving in…