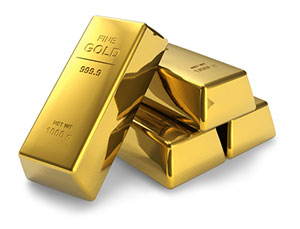 Dow Jones Industrial Average News, 5/12/2016: While the markets hover north of 17,700, gold prices continue to surge, according to the World Gold Council. Over the first quarter, gold prices increased by 21%, the hottest start to a year for the yellow metal yet.

Even with inflation levels largely in check, the ongoing global macroeconomic insecurity of recent months has fueled the surge.

That should tell you about the disconnect between the stock market and the real economies of beleaguered nations around the world. The U.S. Federal Reserve continues to provide accommodation given weakness in manufacturing and other factors (even if they won't admit it), while China's devaluation concerns and negative interest rates in Europe and Japan weigh on sentiment.

Subzero: How Negative Interest Rates Will Finally Kill America's Free Market… The Fed would never let real data get in the way of a bad decision – which is why investors must prepare for negative rates now… Read More…

Not only should that make for an interesting Thursday trading session, but it should also raise broader concerns about the future health of the global economy.

Dow Jones futures were up roughly 12 points as investors weighed a very busy day of economic data. Investors are attempting to catch their breath after yesterday's more than 200-point decline. Yesterday, the retail sector had its worst one-day trading session since 2011.