After its first quarterly miss in 13 years, the financial press is humming with negative sentiment toward Apple Inc. (Nasdaq: AAPL).

To hear them say it, the stock is a pure falling knife.

Now, second-quarter earnings out of Cupertino were less than inspiring, and the miss was a bit wider than anticipated. Global economic growth concerns are looming large, too, given that Apple pulls in 67% of its revenue from outside the United States.

All told, Apple is off about 26% in the past 12 months, and 13% since Apple's earnings miss. But the same experts who are trading Apple down to $92 now were so bullish on the stock they traded it up above $130.

What's more, there's nothing shocking about Apple's filings. Wall Street's chattering classes are reacting as though they've been caught off guard, but no one seriously thought that the massive boom in iPhone 6 sales was going to be a "permanent phenomenon."

So this is just the typical closing of the barn door after the horses have taken off. Remember, these are the same "minds" who never saw the financial crisis coming and who only recently got around to downgrading Exxon Mobil Corp. (NYSE: XOM) after oil's rebound.

Naturally, this is the perfect time to carefully consider what the experts have to say… and then do the exact opposite.

Here's how to play Apple for the most gains right now…

The "Pack" Is Running Away from Huge Upside

Apple's media detractors are of a single mind: When times are good, they're Apple fans, and when times are lean, they're fierce detractors, but that see-sawing opinion is a sign of amateurism. It reflects a shallow understanding of the fundamentals underlying these shares, and besides, that kind of opinion just isn't helpful to investors.

Here's the critical context the anti-Apple set is missing…

This isn't the first time Doom has knocked on the door at 1 Infinite Loop in Cupertino… In Apple's earliest days, the markets couldn't (or, more accurately, wouldn't) figure out what Steve Jobs' vision meant for the future. The prevailing analyst opinion at the time was that Apple was going to be a flash in the pan. Eventually, the Apple board even threw Steve Jobs out of his own company, to let the "professionals" fix things. When those pros nearly killed the business, they invited him back.

In the 1990s, Apple was trading, pre-split, at around $12 a share, running on fumes (and the enthusiastic goodwill of graphic designers). But that was all Jobs needed to bring the revolutionary iPod to the market, which got Apple out of small graphic design firms… and into the majority of homes in America.

In other words, this company has come up against and handily beaten much stiffer headwinds than it's facing in the second half of 2016.

This company still has the biggest market cap in the business, at $500 billion. Apple has very deep pockets, too, with some $213 billion socked away. Now, around 90% of that money is stuck overseas and isn't likely to be "re-shored" anytime soon, but Tim Cook & Co. could still get their hands on more than $21 billion in cold, hard cash today.

But it's where Apple is selling those phones that has skittish analysts worried… and myself excited.

Sales in China dropped 11%, accounting for the weakened yuan. But… sales only dropped 7% if the model includes a constant yuan. That's important, as the Chinese currency is frequently tampered with by the Chinese government.

But now the dollar has weakened somewhat, and as the yuan is still linked to the dollar, the Chinese government's intervention isn't as aggressive, so the yuan has regained some of its strength. That will help sales figures moving forward. 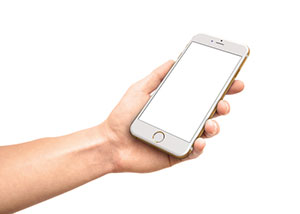 Even so, we haven't even come close to "peak iPhone." My colleague, Money Morning Chief Investment Strategist Keith Fitz-Gerald, recently noted that China's surging middle class is set to quadruple in the next four years, to nearly 450 million people. China's upper-middle-class ranks will grow, too, to more than 100 million people, or more than 30% of urban Chinese households, while the number of Chinese millionaires will jump to 2.3 million, and all by 2020.

Tellingly, China is in the midst of a kind of "mass conversion" from cheaper Android devices to much higher-end Apple and iOS products. These types of upgrades were up 40% September through March, compared to the same period a year ago.

Apple drew $58 billion in revenue from China recently, but Apple will be an even bigger player there in the years to come, helped by the new iPhone 5SE and that trend toward "conversion." The 5SE has an iPhone 5 form factor with the "guts" of an iPhone 6. It's also lower priced than even the original iPhone 5S, which makes the phone a compelling option and a conversion catalyst.

So we have a market full of rabid Apple fans with plenty of money to spend, who will want not only "iEverything" Apple has to sell, but several devices per affluent household.

And that's just in China… Apple has barely scratched the surface in the second most populous country in the world: India.

It's still far too early to tell how Apple will fare with 1.32 billion consumers and potential consumers on the subcontinent, but the early signs are very good. Apple now has, or soon will have, everything it needs on the ground to do brisk trade in iDevices; the country's telecom infrastructure is about to crackle with high-speed LTE coverage, and key Indian demographics, such as young people, are skewing wealthier.

So no, we're nowhere near "peak iPhone." In fact, I think we're still looking ahead to days when Apple's 2015 bumper crop of nearly 62 million iPhone 6s sold seems low by comparison.

In the meantime, Apple is in the midst of a lull in the innovation cycle, but that's by no means a bad thing for investors…

Apple Is Working on Its Stock Game

Until the iPhone 7 drops, and possibly further out, the company should be seen as a less of a growth stock and more of a full-time cash cow for investors. It's pouring even more money into its share repurchase program, all the way up to $175 billion.

Apple looks like a fantastic buy right now, and it looks even better when you see what kind of earnings you can get for the price. Its price/earnings ratio is 10, while Qualcomm Inc.'s (Nasdaq: QCOM) and Intel Corp.'s (Nasdaq: INTC) are running 50% and 10% higher, respectively. The broader Nasdaq Composite is trading at over 17. Both of those firms have far less growth potential in this market than Apple.

Right now, Tim Cook is paying investors $2.28 for each share of stock, but the board just approved a 10% dividend hike.

Any one of these would make Apple a screaming "Buy!" right now, but thanks to the analyst herd (and

the herd of investors that listen to them), we have an opportunity to buy more than $130 worth of stock for slightly less than $93.

Make no mistake: This is the long-term bargain of the year, no matter what happens in Asia. Consider adding more at even lower prices.

Michael has just released his latest investor briefing on a new kind of high-tech "portfolio protection" that doubles as a huge profit play. In fact, this insurance could soar 137% in the short term as it becomes essential for the global finance industry. Click here to get Michael's briefing, and you'll also get his Strategic Tech Investor reports twice each week at no charge.

I agree totally — with 85 % of my portfolio in AAPL, having held Apple shares since their IPO in 1983. I do not have sufficient free cash to satisfy my appetite for this equity. In order to avoid increasing margin loans I have resorted to a simple strategy: I sell near term puts slightly in the money. If put to me, I buy what I can and sell the balance at market (or sell covered calls on this portion) Over time I have averaged 11% above returns from the S&P 500. The long downtrend since the recent high has… Read more »