Teeny-bopper fashion retailer Aeropostale Inc. (OTCMKTS: AROPQ) made headlines last week when it filed for Chapter 11 bankruptcy, had its stock delisted from the NYSE, and announced a plan to close 154 out of 800 stores - all after a disastrous $136.9 million net loss in 2015.

Tuesday morning, Gap Inc. (NYSE: GPS) reported lousy sales and plans to close stores to deal with what it called a "tepid macro environment for apparel retail" while admitting that changes it made to its product designs and selections have been slow to catch on.  Gap stock plunged 10% after the announcement. 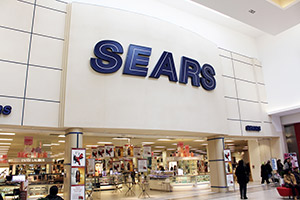 Retail companies are in crisis. Buffeted by structural changes such as the explosion of e-commerce, weak consumers, and an increasingly selective consumer base, there's been an epidemic of mall-based retailer bankruptcies lately (Sports Authority, RadioShack, Aeropostale, American Apparel, Pacific Sunwear...) and it's only going to get worse. Thanks to heavy borrowings by their private-equity owners (in some cases to pay dividends to reduce or eliminate their investments in these companies), most mall-based retailers that were taken private are likely to default on their bonds when they reach their maturity dates over the next couple of years...

When that happens, these six companies will be the first to go.

And you'll be able to make a sizeable profit - if you do this.

The corporate credit cycle is at least two years from bottoming. Unlike previous default cycles, which occurred in a normal interest rate environment, this default cycle is delayed by low interest rates that let borrowers (particularly those owned by private-equity firms that have a huge incentive to delay default as long as possible to prolong their management fees) delay restructurings and bankruptcies longer than in earlier cycles. The fact that so many energy companies filed for bankruptcy so quickly shows the severity of the energy price collapse, but other industries like retail are bleeding more slowly.

However, that trickle is now becoming a steady stream.

The retail industry is experiencing a slow death spiral with mall-based retailers melting away before our eyes like the Wicked Witch of the West. The following companies' bonds are trading at distressed levels and are waiting for their maturity dates over the next several years to default:

Unless their private-equity sponsors step up and repurchase their bonds, these companies are toast. With the exception of Gymboree, which just tendered for $40 million of bonds at 52% of par (which included a large tender premium), none of these sponsors have stepped up to do so, suggesting they lost confidence in the businesses and are just milking them for fees. (I've discussed the opportunistic behavior of the private equity market here.)

The fate of the retail industry is closely tied to the junk bond market.  And just as investors jumping back into equities to chase the recent rally are likely to get burned, those investing billions of dollars in the junk bond market are also tempting fate. There is $1.2 trillion of high-yield debt maturing between now and 2020, according to Standard & Poor's. Nearly 60% of this debt was issued between 2012 and 2014, when the average yield on high-yield debt was 6.2%. The average yield rose to 8% at the end of 2014 and passed 10% early in 2016 before dropping back recently to roughly 7.7%, but it remains elevated for the weakest credits. There is $280 billion of debt rated B- or lower maturing through 2020, with most coming due (or meeting its maker) in 2019 and 2020, so the day of reckoning may be delayed for a while. 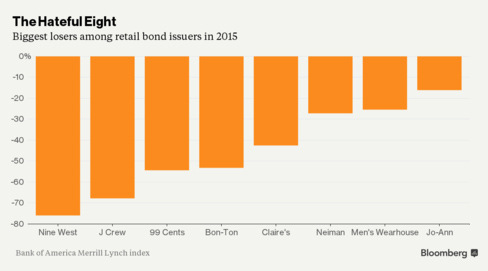 But when it comes, it will come with a vengeance.

Weak sectors with the largest amounts of debt maturing through 2020 include media and entertainment ($220 billion), oil and gas exploration and production ($112 billion), retail and restaurants ($81 billion), financial institutions ($99 billion), and metals, mining, and steel ($44.3 billion).

It will be very surprising if the U.S. economy does not experience a recession (or worse) between now and 2020, and a recession would accelerate the demise of many of these companies. The high-yield market benefitted from unusually low interest rates since the financial crisis, but those conditions are coming to an end not because of the Fed's actions but because the market has repriced risk.

By 2020, you can expect most of these private-equity-owned retail stores to be bankrupt and closed - and malls across America to see higher vacancies and lower revenue.

Beware the High-Yield Market (but Profit from the Fall)

Successful investors will identify specific companies that can weather the storm: companies with adequate margins of safety to survive a prolonged or sharp economic downturn. And anyone who thinks that a troubled high-yield bond market is not a problem for Corporate America is making a serious error.

Investing in exchange-traded funds (ETFs), mutual funds, and other broad-based vehicles over the next several years is unlikely to generate satisfactory risk-adjusted returns and could end up blowing up in investors' faces, particularly since liquidity conditions in the bond market are simply awful.

Investors should avoid the fixed-income markets until further notice. The Fed has destroyed bonds as an asset class. The biggest bond funds in the world are generating terrible nominal returns. When those returns are adjusted for inflation and the risks taken to generate them (derivatives, leverage, etc.), they are even worse. When they are adjusted for the fact that the currencies in which they are denominated are being actively devalued by central bank policies, they are nothing short of catastrophic for investors. Remember - just because the dollar is strong versus other fiat currencies does not change the fact that the Fed is destroying its value in absolute terms.

Investors need to earn at least a high-single-digit return to maintain their buying power in constant currency terms. There is virtually no opportunity for them to do so in the fixed-income markets except in specific situations such as beaten down high-yield bonds like Sprint Corp., NRG Energy, Toys R Us, and fallen angels (investment grade bonds downgraded to junk status) that involve a meaningful amount of risk. (I've recommended a fairly low-risk way to play the fallen angels market here.)

While there are a number of individual bonds that are attractive investments for those with patient capital, the overall market remains a falling knife. In particular, investors should avoid high-yield bond ETFs (JNK and HYG), as well as bank loan ETFs and mutual funds, which will continue to underperform as the corporate bond markets remain distressed for the foreseeable future.

Market conditions will further deteriorate as companies confront the need to refinance bonds in an environment where their cost of capital rose exponentially due to the sharp drop in their bond prices. This will spread the pain beyond the troubled energy and basic industry sectors to the rest of the market.

If you own bonds of any of the dying retail companies above - J. Crew, Claire's, or any of the rest - it goes without saying that you should get rid of them now.

And in order to profit, I suggest that you buy long-dated puts on any one of several mall REITs: Simon Property Group Inc. (NYSE: SPG) and General Growth Properties Inc. (NYSE: GGP) would both be good choices. Malls are going to be seeing many of their tenants go bust over the next couple of years.

Wow just when you figure you know it all you realize you know nothing! I Have been enlightened thru your daily info paper.

Outstanding report.
Your thoughts on Macy's? Should it be added to the list of dying retailers?
Thank you.