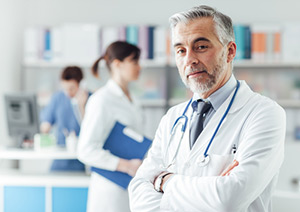 There's a little-known section in Obamacare that limits how much health insurance companies can deduct for executive compensation in their federal income taxes.

Prior to Section 9014, the corporations were able to write off massive CEO compensations. For example, former Anthem Inc. (NYSE: ANTM) CEO Angela Braly decided to leave the company in 2012 due to shareholder criticism. Under Braly, the ANTM stock price had fallen as far as 20% from January 2012 to August 2012. Yet even though she disappointed shareholders, Braly was still able to net $20 million before leaving.

What's worse is that Anthem was able to write off nearly all of the $20 million as deductible "performance pay," according to Fortune.

Now, under 9014, the deductions for executive pay shrank from 96% to 27% for the 10 largest publicly held health insurers in 2013 (the most recent available data).

But it still leaves one big question: If the Affordable Care Act has cracked down on salary loopholes, why are health insurance CEOs making more money than ever before?

Despite Obamacare measures that force health insurance companies to cover additional individuals -- and to pay full taxes on exec salary payouts -- CEOs have found a way to boost their salaries even more.

CEOs from five of the biggest health insurance companies took home at least $10 million in 2014, according to healthcare news provider FierceHealthPayer. All of the CEOs listed below, outside of Joseph Swedish, earned more money in 2014 than they did in 2013...

For comparison, Cordani's pay increased 12.4% from 2012 to 2014. You'd think that because Obamacare has forced insurers to cover all Americans, and Section 9014 has dramatically eliminated the ability to deduct executive pay, that logically, pay would go down.

Here's why we've seen opposite effect, instead...

Many Americans are finding their premiums for healthcare dramatically increase. According to the Washington Examiner, there were 231 insurers who requested double-digit percentage hikes on premiums for 2016. (There were 121 in 2015.) While 126 insurers wanted to increase the premium 20%, there were reportedly a dozen that wanted to increase premiums by as much as 50%. And according to Freedom Partners, residents in places like Minnesota could face a massive 47.7% premium hike this year.

Of course, insurers blame Obamacare for raising premiums. And it's true, to a degree -- according to CNN, UnitedHealthcare lost $475 million on Obamacare-compliant plans in 2015.

What the public doesn't know -- and probably never will -- is exactly how much these premium hikes cover Obamacare losses, versus what's being stashed in the bank.

Are increasing premiums just a disguise to make health insurance CEOs even richer? Tell us what you think on Twitter @moneymorning and on Facebook.

What do the CEO's of health insurance company's do to warrant salaries in excess of 10 t0 15 million dollars a year? This is beyond comprehension!