The early buying of shares of a company poised for growth is ideal, yet knowing which stocks to buy and when to let go is what distinguishes the winners in this sort of investing. 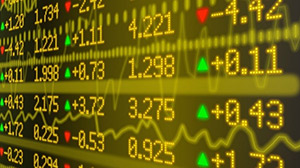 Investors can locate these growth stocks to buy in one of two ways. The first is to get in on the bottom floor when prices are lowest and hang on for the ride as other investors come aboard. The second is to identify successful companies that continue to have strong growth prospects.

The first method has become increasingly difficult, but the second remains very doable if you know where to look. With the volatility in the market this year, many of these gems are not only out there, but are undervalued as well. Here are six top stocks to buy in different industries that have growth potential.

Stocks to Buy – Other Industries

While some of the stocks listed here already have impressive returns and may turn off investors as having no upside left, this sort of thinking could be a mistake. Often, growth stocks that are identified early enough still have plenty of upside, several years' worth of profitable growth in some cases. As always, when choosing stocks to buy stay mindful of the diversification levels of your overall portfolio and know that investments can be speculative in nature. Stay up to date on market happenings and our best stocks to buy by signing up for Money Morning's Private Briefing.