Coal is struggling and unpopular in all but a handful of regions where they actually pull it out of the ground.

But simple economics rather than public perception is what's set to deal coal its death blow.

Coal's limited economic importance isn't likely going to be enough to overcome the latest wave of bad news buried in a series of recent reports – the most dramatic indication yet that coal is dying even faster than expected.

You see, a relative newcomer to U.S. electricity production (you guessed it: natural gas) is pushing down prices for old stalwarts like coal and even nuclear power.

Simply put, the black rock has 12 to 18 months at the outside before conditions get so bad that coal (and nuclear) plants begin closing in earnest.

And that's when shareholders get burned.

Coal Is Dying Much Faster Than Expected 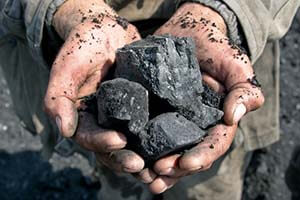 While coal has been under pressure for some time, the latest indications are that the low price of natural gas is beginning to result in the likely retirement of additional coal-fired electricity generation.

Absent a major spike in gas prices, natural gas may actually surpass coal in electricity-generating capacity before the end of this year.

The impact of this may even extend into the nuclear segment of power production.

The cost of natural gas is now the barometer for marginal electricity rates, and those rates dictate the price of unregulated electricity in the U.S. power sector.

As Moody's put it: "Low natural gas prices have devastated most of the U.S. merchant power sector because gas-fired power plants often serve as the marginal plant during times of peak power demand. Lower natural gas prices have effectively driven down wholesale power prices for all generators, regardless of whether they are using natural gas, coal, nuclear power or renewable resources to generate their electricity."

As in any segment of energy production, forward pricing curves have an impact on what is realized for energy sales at any given time.

In an interview last month, Moody's Vice President and Senior Credit Officer Toby Shea laid it out this way: "In the past, over six years, every time the forward becomes the spot, the prices have fallen, except for 2014. So, it's not clear that the forward prices that we see right now [are] going to still be where [they are] by the time we get there."  If past performance is any indicator, weakness in the "forward" will translate into lower – or at best stagnant – spot prices.

Spot prices are those set in ad hoc, short-term, and more or less immediate, sales of energy (unlike longer-term contracted sales). However, this becomes a more decisive standard when electricity is considered.

That's because the price is tempered by the limited ability to store power.

Futures contracts are certainly bought and sold, as they are for crude oil, natural gas, and even coal. But electricity is far more sensitive to the cost-price dynamic when it comes to when the power is generated, given the need to transmit as generated. It is at this point that the peak and off-peak pricing differential is important in determining the spot price.

And then there is the bridging between the contracts for energy source and that for the electricity itself. This produces another spread, called a "spark spread" for natural gas and a "dark spread" for coal. Both the producers of the energy source and the generators of power must rely upon such spreads in hedging against variations in marker price for the gas, coal, or electricity.

This Is Where Investors Could Get Burned

The report explained it this way: "In the current commodity price environment, most unregulated coal and nuclear plants are generating little or negative cash flows. We believe that if the current gas price environment of $2/MMBtu [or 1,000 cubic feet] does not improve in the next 12-18 months, there could be more large-scale coal and nuclear plant closures, especially in regions without a forward capacity market, such as Texas and the Midwest."

For his part, Shea identified the "area with the highest risk" as being the Electric Reliability Council of Texas Inc., especially for coal plants. Coal plants in the Illinois part of the Midcontinent Independent System Operator Inc. are at risk as well, he said, adding, "Also, all the single-unit nuclear power plants, no matter where they are … if you're a single unit, you're at risk," based on the risk to economies of scale. "If you have two or three units, it's a lot bigger, so your cost goes down [on a] per unit basis," he noted.

Moody's has identified some of the larger individual coal-fueled plants probably being targeted for conversion from coal to gas. Leading the list here is the NRG Energy Inc. (NYSE: NRG) Limestone plant in Texas and the Dynegy Inc. (NYSE: DYN) Illinois Power Generating Co. unit at Newton in Illinois.

In addition, some coal plants in Pennsylvania and Maryland are also at risk of either shutting down or being converted to natural gas. Moody's pointed toward the main candidates for conversion there being NRG affiliate GenOn Energy Inc.'s Chalk Point 1 and 2 units and the Dickerson coal plant in Maryland. The Talen Energy Corp. (NYSE: TLN) Montour coal plant in Pennsylvania may also be converted to gas or a combination of coal and gas, according to the report.

Coal is finished, but new technologies and the push for cleaner, renewable power are bringing a variety of new energy sources online, here at home and around the world, in a new "energy balance." Click here for Kent's latest investor briefing on his favorite solar companies that are perfectly positioned to profit in the new balance as capacity doubles this year. You'll also get his Oil & Energy Investor e-letter twice each week at no charge.

I think that coal is very hated. But for producing steel, metalurgical coal is and will bee in demand. There is no replacement!

What is your take on Magnagas. Will there coal burning technology still be an asset on the world market?

I am also wondering about the Magnagas stock. Will it still have a decent return without the coal burning or is it just a matter of time for gas prices to rise to make it viable and when do you estimate that to occur?