Way back in 2008, Warren Buffett made a million-dollar bet with Ted Seides of Protégé Partners that he could beat the hedge fund manager's performance over a 10-year period using a single handpicked mutual fund. At the time, if you recall, hedge funds were the "bomb" and many investors wanted access to managers who could supposedly beat the market as our economy lurched into the Financial Crisis.

Fast forward to today and this bet has rattled the hedge fund industry to its core. I'd even go so far as to say it might help kill it. But that's not the real story.

What you need to understand is that headlines the media will run when Buffett wins two years from now will not be correct: index funds are not better than hedge funds. More importantly, they never will be.

Something else has made all the difference… and believe me, Buffett knows exactly what it is. 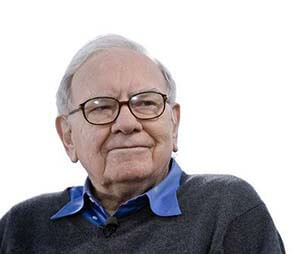 More precisely, he knew from the very get-go why he wouldn't lose.

Here's what you need to know when it comes to your money.

Buffett's bet is pretty simple when you take it at face value, which is probably what Seides did when he accepted the bet that a single, simple index fund that invests in the S&P 500 would outperform five handpicked, actively managed "fund of funds" Protégé selected.

Buffett chose the Vanguard 500 Index Fund Admiral Shares, while Protégé selected five "funds of funds" that, in turn, held positions across a wide variety of specialized portfolios in other hedge funds – hence the name. Practically speaking, Buffett went for the "meat and potatoes" while Protégé opted for a five course gourmet dining experience.

Eight years in and with two years to go, the Admiral Shares have returned 65.67%, while Protégé's funds have tacked on only 21.87%. I love underdogs as much as the next guy, but there's a snowball's chance in hell that Protégé can win at this point.

Many people believe the underperformance is because hedge fund fees are so high, and they're not entirely off base.

Admiral Shares, for example, charges 0.05% a year, while hedge funds commonly charge 2% of assets under management and skim 20% of the profits right off the top. Effectively, this structure means the "breakeven" for hedge fund investors is far higher.

To that end, a recent Fortune article on Buffett's bet pointed out that the S&P 500 has returned approximately 6.5% a year for the past eight years, but that a hedge fund using the fee structure I've just outlined would have to post numbers north of 9% a year to generate an equivalent amount of money for investors.

Unfortunately, Protégé chose "funds of funds," so there's another layer of fees which in this case was around 3% a year, also according to Fortune. That means the hurdle needed to beat the Admiral Shares effectively jumps to at least 12% a year.

But again, fees are a red herring.

The real reason Buffett is winning his bet is something else entirely – Buffett chose to concentrate his assets. As one of the world's most successful investors, he understands that diversification actually drives returns toward the mean and effectively reduces them over time. So he goes out of his way to avoid it.

Normally, Buffett does that by learning a lot about one or two key companies and investing accordingly. In this, however, I think he knew that the United States stood on the cusp of a massive capital realignment.

Certainly his public commentary at the time reflected that. So, too, did his investment choices. If you recall, he paid $5 billion to buy into Goldman Sachs Group Inc. (NYSE: GS) and another $300 million to pick up shares of General Electric Co. (NYSE: GE).

Having spent 65 years as a professional investor, I believe Buffett understood that money would flow into large-cap companies because they offered the most upside and were collectively priced at the deepest discount by virtue of the Financial Crisis. That meant he could pick a single index fund and get away with it.

Further, Buffett prefers to buy when there's a discount to intrinsic value, because that means there's a built in margin of safety in case things don't go as expected with whatever he's buying. In 2008, that thinking applied to the entire market, not just specific stocks.

But most of all, Buffett knew he was buying real businesses with real potential and real upside. And that's why he could make a single choice, and why he knew it would pay off over such a long time horizon.

To paraphrase the great man himself, the scorecard for investment decisions will be provided in business results over time, not by prices on any given day.

I couldn't agree more strongly which is, of course, why I'm excited to share upcoming Total Wealth columns covering a variety of companies that all have their own margin of safety and terrific upside potential.

Editor's Note: Every investor – including an icon like Warren Buffett – has a set of key principles that define their investing strategy and build fortunes. Total Wealth subscribers have access to Keith's Five Principles that he uses every day to seek out new, profitable opportunities that allow investors who follow them to outperform the markets by factors of two, three, or even five over time. To get access to Keith's report, sign up for Total Wealth here – it's free!

I AM A FAN OF KEITH's OPINIONS.