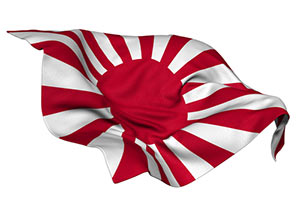 There was surprising news out of Japan this week when the country announced its economy grew 1.7% in Q1 2016. At first glance, that makes it seem as though the country's negative interest rates are working.

Private consumer consumption climbed 1.9% between January and March. Public consumption grew by 2.6%, showing that individual consumers were more likely to spend their cash than businesses. Economists say part of the growth was due to leap day in February, which inflates the numbers.

But the world's third-largest economy is far from getting back on track. In fact, negative interest rates in Japan could facilitate an economic collapse...

Before we discuss why negative interest rates are dangerous, it's important to understand the economic recovery plans in Japan.

America saw its GDP growth rate fall to -2.8% during the 2009 financial crisis. But Japan suffered much more. Japan's GDP growth fell to -5.5% during the same time. When America's GDP growth stabilized in 2011 at 1.6%, Japan reported a negative GDP growth of -0.5%.

And it's still on a slow recovery pace...

And stimulating the Japanese economy isn't the only challenge for Prime Minster Shinzo Abe...

He also has to protect Japan's social security system and reduce government debt. Abe introduced a sales tax in 2014 with those goals in mind.

But many economists blame this sales tax for slow economic growth. Japan will introduce a second sales tax increase, but the Japanese media has speculated Abe will delay the increase.

According to The Wall Street Journal, Abe and Japanese officials have denied that claim.

While this week's GPD figures out of Japan may look encouraging, the use of negative-interest-rate policies (NIRP) in Japan and across Europe has some major hidden dangers.

How Negative Interest Rates Could Cause an Economic Collapse

But the problem is the long-term ramifications that central banks are completely ignoring...

You see, NIRP means that banks can't pass along its costs to the consumer. With low loan demand, banks can't raise their loan rates to offset the cost of keeping money at central banks. That means the banks have to eat these extra costs.

Also, regular consumers don't want to be charged for keeping their money at a bank. This means that regular investors aren't storing their money at banks. This limits the amount of money banks can loan to begin with, even if there was a high demand for loans.

So while the Japanese economy may be growing in the short term, negative interest rates are not a long-term solution.

Money Morning Capital Wave Strategist Shah Gilani has noted that some European bank stocks are already down 30% to 60% because of this issue.

And if the United States adopts negative interest rates, it will be disastrous for the global economy...

If interest rates are negative in the United States, Lewitt believes the stock market could see a major decline.

I'm talking to much today, but don't you
Think that our country's already exploded?
I really think since everybody wants to see
Everyone's tax records, maybe we should have a look at our country's finances?
From what I understand is that we as a nation are broke, but yet we can buy this and that? Where is this money coming from? Only minutes ago was I reading about
How they are going to close the banks and confiscate our money. Are we going to live
On lies and prayers for the rest of our lives?
Cause one or the other has got to happen.
Either we work as "one" again, and stand free, or talk the truth. Our Presidents from long ago have questioned people coming into this country. But now, Trump is a fink!
That tells me that there are to many young
People that don't understand what's going on in this country. Have a nice day!