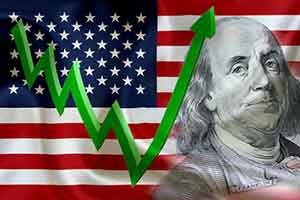 Dow Jones Industrial Average News, 5/20/2016: The S&P 500 hit a two-month low yesterday as investors remain concerned about the possibility of a rate hike in June or July.

It's the latest signal that the markets are still overly reliant on the words and actions of the U.S. Federal Reserve, which holds its next policy meeting on June 14-15.

Yesterday, New York Fed President William Dudley said in a speech that the American economy is strong enough and can handle a rate hike this summer. That weighed on investor sentiment, as the S&P 500 is on pace for its first four-week slide since 2014.

Dow Jones futures were up 37 points as investors digest the possibility of a rate hike this summer. This morning, housing figures are in focus with the release of the monthly existing home sales report. Economists are anticipating a second-straight month of positive data. Economists also expect the spring housing market will continue to gather some steam.

First up, the National Association of Realtors is poised to announced the April report for existing U.S. home sales. Traders are hoping that the housing sector can continue its positive momentum. Given the industry's importance in the U.S. economy, this report could influence the timing of the next interest rate hike.

It's so odd, it reads like a Hollywood film. Phil Mickelson has settled with U.S. Securities Exchange Commission for his involvement over a $40 million insider-trading scheme. According to the agency, the professional golfer earned roughly $931,000 after receiving an insider tip on the quarterly performance of Dean Foods (NYSE: DF) and a related company. The story grows even more bizarre when one discovers that Mickelson received the tip from a professional gambler – to whom the golfer owed money. In addition, the gambler allegedly received his inside information from none other than the former Dean Foods Chairman Thomas Davis. Mickelson chose to not go the Martha Stewart route and settled the case for roughly $1 million and interest.

Be sure to pay attention to this afternoon's report on the status of U.S. production when Baker Hughes Inc. (NYSE: BHI) reports its weekly rig count.