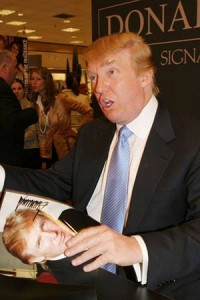 Donald Trump regularly touts that he pays as little taxes as possible.

News broke on Saturday that the last time Donald Trump's tax returns were made public, he paid zero dollars.

The disclosure, published by The Washington Post, came via a 1981 report by New Jersey gambling regulators who had investigated Trump's finances while he was applying for a casino license in the state.

This shouldn't come as a surprise, however; the billionaire has been very frank that he tries to take advantage of our current mess of a tax code to pay as little taxes as possible. In fact, under Trump's own proposed tax plan, he says "he will probably end up paying more money":

CNN's Erin Burnett asked Donald Trump how his own tax plan would benefit him financially on Sept. 28, 2015.

Of course, Trump's refusal to release his modern tax returns has sparked a media firestorm of late, with outlets claiming the real estate mogul must have something major to hide…

On Sunday, Trump's Democratic presidential rival Hillary Clinton told "Meet the Press" that she suspects he's afraid to release his returns for fear of exposing that he still pays no federal income tax.

But this morning, Trump's top aide, Corey Lewandowski, reiterated to CBS News that Trump can't release his tax returns because of an ongoing audit. Lewandowski placed blame on the IRS for holding up the process and promised that as soon as the audit's over, the public will have access to Donald Trump's returns.

However, if Trump does not release his tax returns, it will make him the first presidential candidate in 40 years not to do so.

Corey Lewandowski talks to CBS News "This Morning" about Trump's net worth, not releasing tax returns.

A Foreboding Trump: Donald Trump is suggesting that overvalued tech stocks could cause another stock market crash. In an interview with Reuters, the real estate mogul said that some tech companies are valued at billions of dollars – but have never made any money…