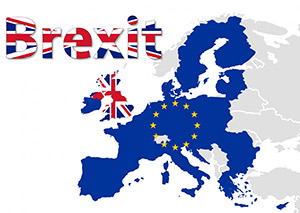 Dow Jones Industrial Average News, 5/24/2016: As concerns about China's economic growth and low oil prices abate among investors around the world, a new challenge has reared its head: The Brexit. Investors are growing more anxious that voters in the United Kingdom could shun the elites and turn against its membership in the European Union. In late June, after the U.S. Federal Reserve chimes in on benchmark interest rates, UK voters will decide whether they want to remain a part of the world's largest economic bloc.

Give Your Portfolio a 326% Performance Advantage: Everything you need to grow your wealth like never before is in this guide – including a strategy to outperform the S&P 500 by triple digits. You’ll also get five stocks backed by “unstoppable trends” for solid gains in any market conditions. Click here to start making more money today…

Futures for the Dow Jones Industrial Average today (Tuesday, May 24) were projecting a 26-point decline as investors anticipate the rising likelihood of an interest rate hike this summer. Global stocks slumped as traders around the globe continue to monitor statements by members of the Federal Reserve ahead of the central bank's upcoming meeting on monetary policy.

Yesterday, Philadelphia Federal Reserve Bank President Patrick Harker suggested the central bank could hike short-term interest rates up to three times this year if the economy continues to show signs of recovery. That sort of rate chatter has investors on edge as we approach the upcoming FOMC meeting on June 14.

The Chinese government isn't pleased with U.S. President Barack Obama. Yesterday, the Obama administration announced it was lifting a decades-long arms trade embargo with Vietnam that included the sale of arms and military craft to the Asian nation. As the president made the historic announcement, airline giant Boeing Co. (NYSE: BA) announced it would sell 100,737 MAX 200 jets to Vietnamese firm VietJet. How will this major announcement affect geopolitics in the South China Sea? Here's a breakdown of China's response to the president's announcement and what it means for the global markets in the months ahead.

On the economic front, keep an eye on the April new home sales report. Though data has shown some weakness in recent weeks, economists anticipate the housing sector will see some improvement. Shares of Toll Brothers Inc. (NYSE: TOL) are in focus as the home construction company reports quarterly earnings and reacts to last month's sales data.

WTI crude oil prices were sliding despite news U.S. domestic supplies experienced a draw at Cushing, Oklahoma, last week. WTI was off 0.5% after news that Iran doesn't plan to cut its production levels. That news comes ahead of a critical meeting among OPEC producers to discuss a potential freeze on output. Brent crude slipped 0.6% as traders grew more concerned about the possibility of a rise in production and an ensuing supply glut.

In Part II of our Dark Money series, we examine another alarming trend: shady nonprofit organizations that inject massive amounts of money into elections. Watch this video to see how these underhanded nonprofits buy elections, using Rove as our case study…

This Is the Ultimate Investment of a Lifetime… and it's in water. Yes, water is so ubiquitous that we take it for granted every day. But water will be the single most important investment of the century. Here's why…