One of the first things you do when seeking out investments is to look for "undervalued stocks."

But that's only the first part.

You then want to narrow down your list of undervalued stocks by picking out the ones with "ignition points" or catalysts behind them.

The more catalysts you see, the more likely it is that your stock will surge.

About two years ago, I wrote about a tech stock that had three strong catalysts driving it forward. Since we're in the "homestretch" toward the Belmont Stakes, let's call it a "Triple Crown" of catalysts.

I predicted the combination of those ignition points would push the stock higher – and that the stock would beat the overall market by a wide margin. And the company has since performed pretty much as I predicted.

You might think that's a pretty good run for a big-cap company like the one I'm talking about. And it is…

However, I've just identified a fourth catalyst and a "kicker" that make me even more upbeat about this tech industrial leader.

And that tells me it's not too late to place your bet on this "horse" if you haven't been riding it since my first recommendation. 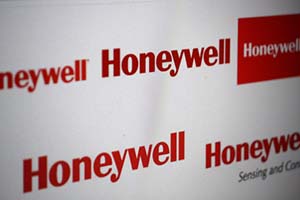 The company I'm talking about, Honeywell International Inc. (NYSE: HON), just announced that it is spinning off its materials unit into a brand-new publicly traded company.

The $1.3 billion company, which will be called AdvanSix, will be based on Honeywell's resins and chemicals business, and headed up by that division's current leader, Erin Kane. The deal – scheduled to be finished by early next year – will be a tax-free spin-off for shareholders.

That means, if you're a current Honeywell shareholder or buy in soon, you'll get shares in a whole new company – for nothing – early in 2017.

Now, the materials business may seem unexciting – especially compared to the high-tech systems for home and defense that Honeywell is best known for.

The New Jersey-based conglomerate develops and produces automation technology for offices, homes, and industrial centers that can be remotely controlled with mobile devices. The tech company also makes turbochargers that work with gas, diesel, and hybrid-engine systems – and clean-tech products, specialty fibers, and advanced-wireless sensors.

You see, this spin-off deal is occurring as we continue to see big breakthroughs in Miracle Materials.

Miracle Materials are where profit opportunity and science intersect. This is an innovation sector I've watched closely since the late 1980s, when I was writing about the Reagan-era defense buildup.

Back then, scientists had begun experimenting with different types of compounds and materials with the hope of giving our troops an edge on the battlefield. These experiments invented all sorts of cool things, but they were often classified as "secret," meaning they were very expensive and had few commercially viable applications.

Science of that time was simply far ahead of business opportunity.

These Miracle Materials – everything from rare earths that drive precision lasers to the cobalt needed for rechargeable batteries – are touching every aspect of the economy. We use them in smartphones, semiconductors, consumer electrics, satellites, and even medical devices.

In fact, Miracle Materials are headed quickly toward a $1 trillion market opportunity threshold.

Graphene, the carbon-based creation that is incredibly strong and the thinnest man-made material on Earth, is the public face of this "Golden Age of Materials Science."

But there are many more out there.

For instance, it was announced just last week that a team of scientists at the University of Maryland found a way to make "transparent wood." They did so by removing a molecule called lignin, which gives wood its natural color.

This new Miracle Material is stronger and more insulating than glass – and it diffuses light better, making it a topnotch window. For now, scientists can only create small pieces of transparent wood at once – but that's a scaling issue they or other researchers should be able to overcome pretty quickly.

Beyond its traditional ammonium-sulfate fertilizers and chemicals such as phenol and acetone, AdvanSix will also be home to its own in-house Miracle Material – Nylon 6.

In the auto sector especially, I expect AdvanSix to get some juice from the "connected car" market.

That said, the Miracle Materials science behind the AdvanSix spin-off is just a "cherry on top" of this latest catalyst for Honeywell.

Let's now talk about how this spin-off is a true fourth ignition point.

Spin-off stocks are like "found money" for investors, especially when they're tax-free like the AdvanSix one is.

And they often end up as big-premium takeover plays.

Meanwhile, there's the Honeywell strategic growth plan, which I told you about back in 2014, that creates the company's original "Triple Crown" of catalysts that continue to push HON stock much higher…

Any one of these catalysts is enough to get a stock like Honeywell moving.

But when you have that original Triple Crown – and now a fourth ignition point, in the AdvanSix spin-off – well, that's the kind of "breeding" that can produce a race-winning thoroughbred… and huge gains for investors.

Three Takeaways from AbbVie's Recent Slide: Recently, shares of AbbVie dropped a precipitous 4.7% on some bad news, but the behavior of this metric was the real story. Understanding it can mean the different between riches and financial ruin…

I love these innovative companies. Thanks for the post.