The market is moving up nicely today, with the S&P 500 running on two-month highs toward 2,100. But investors are playing a special kind of Whack-a-Mole, only with the U.S. Federal Reserve Board instead of those cute little plastic guys you see on the boardwalk.

Of course the preeminent question is whether the Fed will raise interest rates soon. But either way, the U.S. energy sector, already under pressure, is about to feel a whole lot more of it – no matter when the Fed raises rates, or how many times it raises them in 2016.

In fact, no matter how you slice it, a wide swath of American oil and natural gas producers are going to catch it in the neck; bankruptcies, mergers and acquisitions, and of course asset sales (one step ahead of the sheriff) will be the order of the day.

This much chaos and consolidation means one thing: There are big profit opportunities for those who tread carefully…

Cheap Credit Is Life or Death for These Producers 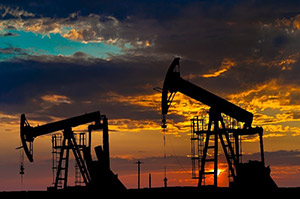 Now, to be sure, much of this upheaval would be happening anyway, thanks to the protracted global competition keeping prices (for now at least) hovering just below the $50 a barrel figure. But a Fed move to raise interest rates – and we will certainly not make it through 2016 without this taking place – will speed up this process.

It'll be another nail in the coffins of many operators.

Another round of what is misleadingly called "creative destruction" is well underway.

The collision between Fed interest policy and U.S. oil and gas operators remains centered on a matter we have discussed in Oil & Energy Investor on a number of occasions.

Virtually all U.S. publicly traded or privately held oil and gas producers have been cash-poor for some time. This simply means that they have been spending more for new drilling projects than they have been getting in current cash flow.

The difference (including operations costs) has primarily been covered by debt.

This is not as strange as it may seem at first read. When oil prices were north of $70, this was a very manageable arrangement.

Cash was reserved for other purposes, such as dividends, contract buyouts, stock buybacks, and a myriad other purposes. And so with high oil prices, credit was easily obtained with (if necessary) the company's reserves used as collateral (at a discount).

Creditor Banks Are Reviewing (and Re-Thinking) Their Arrangements

The ability to use oil that hasn't been drilled yet as security for a line of credit becomes problematic once the price that oil can command declines significantly – and then remains at such low levels.

And of course that's just what's happened these past 16 months. Prices have only recently begun to recover.

During those long months, the energy component of the high-risk (read: "junk") bond market deteriorated considerably.

There are two "spreads" to consider here…

The first is the separation between interest charged on investable credit, and that charged on high-risk credit. Then there is the difference between high-risk bonds in general and the worst performing bonds in that category… energy bonds.

The situation is even worse once you factor in what happens every quarter, or even more frequently during times of considerable volatility: creditor banks will review and adjust their loan portfolios, which determines the size of the credit lines they extend to borrowers.

For energy companies, the worst-case scenario is that their credit line gets reduced to less than the credit the company has already drawn. This requires already cash-strapped energy companies to quickly pay back the difference, or default.

But any reduction in available credit is bad for U.S. oil and gas operators that generally aren't bringing in enough cash to pay their bills. So is a change in credit terms, including higher interest rates or a less lenient repayment schedule.

Now comes the one-two punch: Yet another one of these bank reviews is approaching – just as the Fed springs into action…

Lots of Companies Are Set to Disappear 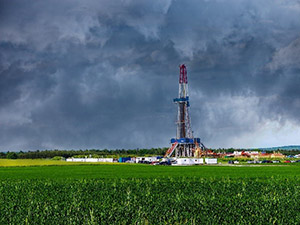 The bottom line is this: currently, few if any energy companies can obtain new debt at less than 21% annualized interest – and that's before the Fed increases the borrowing interest floor for everybody.

Now, when that happens, you don't simply add 25 basis points – the widely held expectation for the next rate hike – to the present rate.

It's worse. What actually happens is those two spreads I mentioned earlier will magnify the difference as better paper noses out the lesser. Energy debt, the worst of the high-risk category, will be hit by another whammy.

Oil prices could miraculously rocket above $50 or $60 a barrel right this minute, and that would have no impact here. The number of insolvent companies will increase disproportionately to the actual increase in the annual percentage rate (APR).

Keep that in mind when you hear the analysts that are now saying that oil prices will be sustainable at $60 or more by the end of this year. For many companies this is going to be too little too late.

At such higher sustainable prices, matters will begin stabilizing. However, by that point there will be fewer players in the space to benefit.

This environment offers great potential for profits in the energy sector – picking those winners now could set you up for huge gains, provided you bear in mind what I've said about the widespread credit risk among American operators.

Thanks to the one-two punch of low oil prices and the Fed, investors will have to select their energy holdings with great care. So I've prepared an investor briefing on the five best stocks to watch as the U.S. energy sector debt crisis begins to burn its way through cash-strapped companies. These firms are in the best shape to weather the storm and provide outsized returns to those who buy now. Click here to get it, and you'll get my Oil & Energy Investor twice each week. There's never a charge.