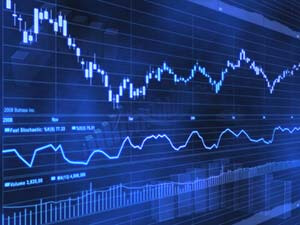 But that's not all. Here's today's top stock market news, stocks to watch, ways to profit and economic calendar for May 26, 2016.

Dow Jones Industrial Average futures were flat this morning as investors await a speech from Federal Reserve Chair Janet Yellen. The futures projected a 17-point gain at the opening bell.

Here's a breakdown of why the Dow fell flat this morning.

First up, investors are weighing the second revision of U.S. first-quarter GDP. Last month, the U.S. Commerce Department reported a dismal growth figure of 0.5%, raising concerns about the health of the domestic manufacturing sector. This month, the number was revised upward to 0.8%. Despite lackluster growth, economists are projecting a strong pace for the second quarter, buoyed by tightening labor conditions, rising wages, and improving home sales.

Meanwhile, the most boring debate from the seven-year tenure of the Obama administration is back in focus. Republican front-runner Donald Trump said that he would reverse regulatory decisions and approve the Keystone XL Pipeline if he becomes president. Trump said that energy dominance would be central to his administration's economic and foreign policy efforts.

As we have explained here on numerous occasions, the idea is completely irrelevant. The pipeline will not reduce crude oil prices in the United States and the environmental impact of the project is negligible. This means that both the pro and against arguments regarding the pipeline have been flawed from the beginning. That being said, shares of TransCanada Corp. (USA) (NYSE: TRP), are in focus today.

Crude oil prices retreated below $50 per barrel, easing from a seven month high. Crude prices have been rallying in recent weeks as supply concerns abate and investors continue to enjoy the price rally in the global commodity sector. WTI crude fell 0.7%, while Brent crude dipped 1.1% in early trading. Crossing the psychological barrier of $50 per barrel could drive U.S. producers in the shale industry to return to operations after months of being shut down. Meanwhile, a possible deal among OPEC producers to provide a floor to prices remains in jeopardy due to Iran's unwillingness to participate.

Watch These 5 Companies in 2016… There was hardly any IPO activity last year. Only 170 companies hit the market in 2015 – down from 275 in 2014. But this year will change all that as some of the biggest firms on the planet prepare to go public. Here are the five companies we're watching this year…