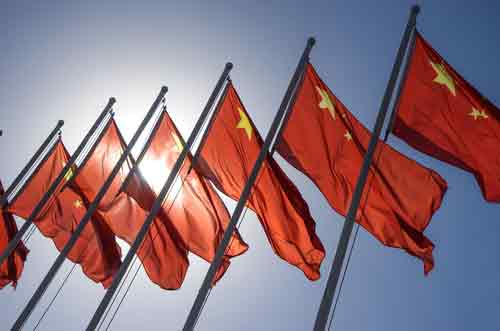 Dow Jones Industrial Average News, 6/01/2016: For the better part of seven years, global economies have been spending too much money and getting too little in return for it.

In this case, the ultra-loose monetary policies that fueled massive quantitative easing programs, extended low interest rates, and massive devaluations in currencies have done their damage.

The United States, for example, hasn't had a year of GDP growth higher than 3% for the duration of the Obama administration's two terms.

Today, the Organization for Economic Cooperation and Development warned countries to stop falling into a "low-growth trap."

The global watchdog is too late. If the world wants to turn itself around, it's going to need some radical change. To get it started, our Global Credit Strategist Michael Lewitt offers his insight into what needs to happen to get America back on track, curb future debt, and get the conversation started about the future of growth in the world economy.

Dow Jones futures were down 60 points this morning as traders weighed another bad month of Chinese economic data. This morning, China's official purchasing managers index (PMI) registered at 50.1, indicating a slight expansion for the month of May. Despite that small bit of optimism, the nation saw its services sector slipping. The Caixin China PMI – which measures production and activity at smaller firms across the country – contracted to a level of 49.2. At a time that many investors thought that China's economic problems had abated, these figures reveal just how volatile its economy is.

Automotive stocks are in focus Wednesday, a day after a critical report indicated that consumer spending jumped 1% in April. Investors are wondering if that momentum carried into May, as vehicle manufacturers announce monthly sales figures.

Meanwhile, e-commerce giant Amazon.com Inc. (Nasdaq: AMZN) saw shares rise to a new all-time high. The stock has risen more than 70% over the last year, while shares have rallied more than 20% in the second quarter. Yesterday, AMZN CEO Jeff Bezos predicted that the United States was on the verge of a digital renaissance thanks to artificial intelligence. As we predicted in January, this is the year that AI will dramatically alter the existence of humanity. Here's what you need to know about the upcoming revolution that will change the world.

Crude oil prices were sliding due to broader concerns about the Chinese economy, increased global output, and on concerns about Thursday's OPEC meeting in Vienna. Officials will meet to discuss production levels. Iran threw a wrench into helping to develop a support price after announcing no intentions to take part in a production freeze. Given that no OPEC nation can really afford to reduce its production level, traders remain concerned that a major rise in supply could hit the markets again at any point.