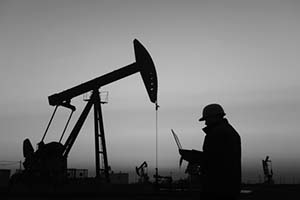 Dow Jones Industrial Average News, 6/02/2016: It's another busy day of data releases and earnings reports as the Dow attempts to regain momentum heading into what could be an extremely wild June.

While the pending decision by United Kingdom voters on whether to leave the European Union could have dire consequences, investors have other things to worry about.

Today, keep an eye out for a key jobs report in the United States, updates from a crucial OPEC meeting in Vienna, and statements from European Central Bank President Mario Draghi.

First up, Dow Jones futures indicated a 27-point decline for Thursday after a lukewarm private sector jobs report for May. According to ADP, the U.S. economy created 173,000 private sector positions last month, slightly below consensus expectations. The data indicates that the service sector accounted for virtually every job created.

It's a busy day of public statements from Members of the U.S. Federal Reserve as they prepare for a critical monetary policy meeting later this month. This morning, Fed Board Governor Daniel Tarullo said that the central bank will consider the decision by UK voters over the possible Brexit when exploring the timing of the next rate hike. Later today, both Federal Reserve Governor Jerome Powell and Dallas Fed President Rob Kaplan will speak. Currently, the odds of a rate hike in June sit at 20%, while the probability of a rate hike in July ticked downward to 48%, according to CME FedWatch.

Ahead of the Brexit vote, the European Central Bank announced that it is holding its interest rate level in place. ECB Chair Mario Draghi will speak later this morning. He is expected to comment on the possibility of the Brexit and its potential impact on the European economy.

Today, the Organization of the Petroleum Exporting Countries (OPEC) meet in Vienna to debate its oil output policy. Traders are keeping a close eye one whether OPEC plans to alter its global output levels. The cartel currently pumps a near-record 32.7 million barrels per day, according to the International Energy Agency. The cartel hasn't changed its production targets since 2008.

The stakes are raised for a showdown between Saudi Arabia – which wants greater collusion on a production cap – and Iran – which wants to increase its own personal production.

The Must-Have Investment of a Lifetime… is in water. Yes, water is so ubiquitous that we take it for granted every day. But water will be the single most important investment of the century. Here's why…
Join the conversation. Click here to jump to comments…