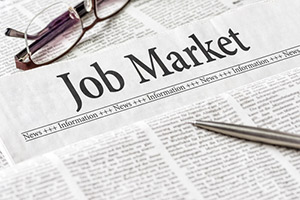 OPEC failed to reach an accord on oil production – a factor that could push oil prices and energy stocks down in the near future due to supply concerns.

And now, the U.S. economy just experienced a terrible jobs report for the month of May, with job creation falling well below economist expectations.

With interest rate hikes and Brexit speculation in focus, Friday should be a busy day on Wall Street.

Dow Jones futures indicated a 25-point decline after Friday's dismal jobs report. The odds of an interest rate hike in June plunged from 21% to just 6% in a matter of seconds, according to CME FedWatch.

In May, the U.S. economy created just 38,000 jobs, falling well short of economist expectations. Forecasts called for 158,000 new positions. Economists argued that numbers were likely going to be held down due to the massive strike by workers at Verizon Communications Inc. (NYSE: VZ). However, this large of a miss is hard to blame just on one factor.

The weak jobs report puts the U.S. Federal Reserve back in focus, as the central bank looks ahead to its June 14-15 meeting to discuss monetary policy. It was widely expected that the Fed was planning on delaying any rate hike until after voters in the United Kingdom voted on a referendum to leave the European Union.

On the deal front, is there a big merger or just a big rumor? The New York Post reports that executives at Twitter Inc. (NYSE: TWTR) met with Marissa Mayer, the CEO of Yahoo! Inc. (Nasdaq: YHOO), to discuss a potential merger. Shares of both stocks were up marginally early this morning.

Meanwhile, shares of Qlik Technologies Inc. (Nasdaq: QLIK) were off slightly this morning, despite news that it was selling itself to private equity firm Thoma Bravo for $3 billion. The company had been under pressure from activist hedge fund Elliott Management to improve shareholder value and consider a deal.

Yesterday, the Organization of the Petroleum Exporting Countries (OPEC) met in Vienna to debate its oil output policy. The global oil cartel failed – for the second time this year – to reach an accord, raising new concerns about global supply and a potential race to the bottom. Our Global Energy Strategist Dr. Kent Moors has said that OPEC's war on U.S. shale producers in recent years has led to a situation where the cartel could end up destroying itself. Virtually no member of OPEC can afford to cut production, but an accord is needed to help boost prices.

Now, here is your list of top stocks to watch in today's market, plus today's economic calendar:

The Must-Have Investment of a Lifetime… is in water. Yes, water is so ubiquitous that we take it for granted every day. But water will be the single most important investment of the century. Here's why…
Join the conversation. Click here to jump to comments…