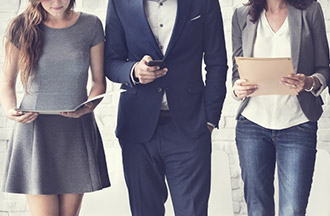 The U.S. economy only added 38,000 jobs in May, according to the Labor Department this morning, falling well under expectations of 173,000. It was the worst monthly job gain since 2010.

But many experts, including U.S. Federal Reserve Chair Janet Yellen — who earns $201,700 a year — view America's job market at or near "full employment."

So, while job creation is floundering, people are working.

Of course, the official unemployment rate, as reported by the U.S. Department of Labor, is extremely misleading. "There's no other way to say this," Jim Clifton, CEO of Gallup, wrote in a Feb. 3, 2015, op-ed. "The official unemployment rate, which cruelly overlooks the suffering of the long-term and often permanently unemployed as well as the depressingly underemployed, amounts to a Big Lie."

That's because individuals who remain unemployed for longer than four consecutive weeks are not calculated into the Labor Department's monthly reported figure. Right now, as many as 7 million Americans are either out of work or severely underemployed.

Eventually, these individuals, strapped for income, may find themselves having to sacrifice job satisfaction for basic survival. And many times, people in such situations end up begrudgingly underemployed — taking jobs they're overqualified and underpaid for.

5 Jobs That Pay Less Than You Think

Job description: Legislators are elected positions. They debate, draft, and vote on laws at the federal and state levels.

Educational requirements: There are none explicitly required, but most legislators, particularly on the national level, have at least a bachelor's degree. Many have professional degrees as well, most commonly a juris doctor degree.

Educational requirements: At least a bachelor's degree and sometimes a master's for more senior roles at certain institutions.

Job description: Credit analysts — also known as "risk analysts" — determine the ability of a business to repay its loans by analyzing the company's financial statements.

This last low-paying gig is a doozy. Only one person in the nation is capable of fulfilling its requirements…

Low-Paying Job No. 5: President of the United States

Job description: The job of President of the United States lasts four years per term, with a limit of two terms, during which the president earns $400,000 per year. While this is the highest-paying salary of any federal employee nationwide, the income is peanuts considering what a POTUS has to do as work – you know, run the country and all. The presidential salary was last increased in 2001, when it was doubled from the previous amount of $200,000 set in 1969.

Of course, the POTUS can (and does) get income elsewhere. For example, outside of his annual salary, President Barack Obama also gets

These Six Retail Companies Are Toast: Aeropostale's bankruptcy and Macy's 15% post-earnings plummet are just the latest indications that retail is in crisis. As the sector bleeds out, these six companies will be the first to go…