Lately, we've been exploring the exciting segment of the market known as fintech – short for financial technology.

It's changing the way we live, bit by bit, tearing down the old paper-and-pencil processes behind global finance and building a high-tech infrastructure in its place.

And when I say that fintech will change everything, I'm not exaggerating – it's not just about mobile banking and Bitcoin and blockchain technology…

Here's what AI trading is all about, who's doing what, and how it's about to upend every bank's "value-at-risk" (VaR) modeling, which nearly destroyed the financial world in 2008.

The Future of Rich 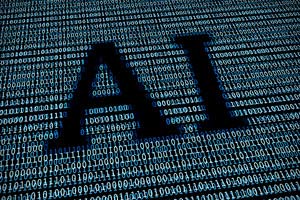 Artificial intelligence trading is about machines learning what and how to trade.

It's about deep learning, evolutionary computation, and algorithms learning from themselves.

Deep learning is where large virtual neural networks train themselves to recognize patterns. Where news, social media inputs, consumer ordering and buying data, and company metrics convened in real-time are woven together to reveal actual and developing patterns and probability outcomes.

It's about building machines that learn from the constant flow of data streaming through them, finding trades defined by risk and reward probabilities, signaling entry and exit points, and moving stops and profit targets based on changing market conditions.

In short, every decision that you make regarding a trade – when to buy, when to sell, when to load up on shares of an existing position, where to set your stops, when to adjust them, and by how much, and hundreds of other decisions – can now be made in real time by a machine.

And the more the machine trades, the smarter – and more profitable – it becomes.

It's not as far-fetched as you might think. In fact, it's already happening…

Who's Who in AI Trading Right Now

The precursors to AI are computer-driven models, themselves increasingly being employed on trading desks, at hedge funds, and by individual investors employing over-the-counter and customized clear-view and blackbox programs.

According to Preqin, a hedge fund data company, 1,360 hedge funds managing $197 billion today use computer programs to drive the majority of their trades.

Singapore-based hedge fund data provider Eurekahedge, with over 25,000 hedge fund managers in their database, reported recently that hedge funds using AI outperformed the averages and most other funds over the past seven years.

That's why a lot of funds, banks, and institutional asset managers are increasingly delving into AI.

Two of the biggest, most secretive, and most successful hedge funds in the world, Renaissance Technologies and D.E.Shaw have been employing AI for years.

Both firms were founded by math geniuses and employ scientists with multiple disciplines to build cutting-edge, self-learning, big-databased trading systems. It's been rumored that ultra-secretive Renaissance Technologies employs more Ph.Ds than MIT.

New shops like Two Sigma, Rebellion Research, and Sentient Technologies have been gathering investor money and trading off AI machines.

According to Sentient's chief science officer, Babak Hodjat, who was on the team that built digital assistant Siri, later bought by Apple, says the fund's system "automatically authors a strategy and gives it commands." Without any human intervention, Hodjat says, "It says: Buy this much now, with this instrument, using this particular order type, and also tells us when to exit, reduce exposure, and that kind of stuff."

Of the existing funds employing AI for years, Mohammed Hassan, a noted analyst at Eurekahedge says, "There are some very disciplined AI programs with strong emphasis on downside protection that have been around for more than five years and have delivered double-digit returns, and then there are others with really volatile returns that the average hedge fund investor would shy away from."

The truth about AI trading is that it's not perfect, and there's no way it ever will be.

That's because if ultimately artificial intelligence machines can gather inordinate amounts of data and see patterns in them that lead to good trades, others will find a ways to replicate those machines, and come up with lots of the same trades.

In other words, if everyone's using AI technology, their predictions, via their trading orders, will get priced in and profit opportunities will be squeezed out.

Of course, there will be huge winners whose AI technology will be first to market, better than everyone else's, and there'll be lots of unique learning systems capable of generating huge returns.

I'll be watching all of them and let you know what they're doing and how they're doing… and, of course, how you can profit.

This Fintech Experiment Could Be Huge… Would you invest in a company with no managers or legal documents, but with an entirely new decentralized method of trading? That's what this experimental firm – which just raised over $152 million via crowdfunding – is attempting – but it may not even be legal…