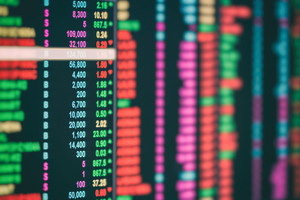 The Dow Jones Industrial Average today was flat as financial stocks continued to slide over falling expectations of a summer rate hike by the U.S. Federal Reserve.

While the jobs figure and financial fallout dominated the headlines, markets were in flux due to a number of other stories that slipped under the radar. From deal news to rising concerns about oil prices, here's what you need to know about the markets on June 9, 2016.

First up, the ongoing slide to the dollar has hit the financial sector hard over the last week. Shares of Goldman Sachs Group Inc. (NYSE: GS) and Wells Fargo Co. (NYSE: WFC) both fell more than 1.2%. Investors are weighing the Federal Reserve's next move, but it's growing increasingly clear that the central bank has no concept of how it can "normalize" interest rates and not tank markets. Money Morning Capital Wave Strategist Shah Gilani weighs in on the central bank's next move and what you need to do to prepare yourself.

Concerns about the Brexit had gold prices and silver prices ticking higher on Thursday. Gold prices added 0.8% today, while silver prices surged another 1.6%. Silver is now up 23% so far in 2016, fueled by a combination of geopolitical tensions and the falling dollar. The Federal Reserve's declining likelihood of an interest rate hike has weakened the dollar in recent weeks. So where will silver prices go next? Here's our latest forecast for silver prices in 2016.

Shares at Alphabet Inc. (Nasdaq: GOOGL) slipped despite news that the technology giant is exploring ways to beam high-speed Internet directly to consumer and business locations. The firm says that using this technology will be cheaper than building cable infrastructure. This is all part of the radical technological changes in the world and another sign of the immense wealth that this company will continue to produce in the future. Money Morning Director of Tech & Venture Capital Michael A. Robinson challenges anyone who thinks that the markets are experiencing a technology bubble to live without the radical changes that we've experience in just the last decade alone. Want to profit? Start investing in technology, right away.

Crude oil prices were off as investors took more profits off the table. WTI crude slipped 1.2%, while Brent crude dropped another 1.1%. Prices continued to decline despite concerns over recent attacks to the energy infrastructure of Nigeria. Analysts anticipate that oil prices will face pressures in the weeks ahead as Canada brings its supplies back online after disastrous wildfires ravaged the region surrounding the nation's oil sands production.

Now, let's look at the day's biggest stock movers and the must-own commodity of today…