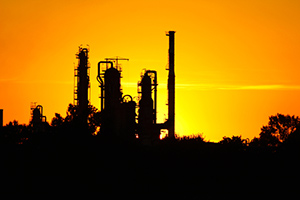 But what about oil prices, which have been a major driver of the Dow's recent multi-day run? And how will the market react to a stronger than expected weekly jobless claim report?

You can find those answers in today's top stock market news, stocks to watch, ways to profit, and economic calendar for June 9, 2016.

Dow Jones futures projected a 53-point decline as traders took profits off the table in the energy markets and seemed content with WTI prices above $50 per barrel. The downturn came despite news that Americans seeking unemployment benefits were lower than economists had expected. Last week, roughly 264,000 Americans sought benefits, besting expectations by 6,000.

Here's a breakdown of why the Dow is pushing lower this morning. And, even more important, be sure to check out Money Morning's list of stocks to buy before the market opens this morning.

Gold prices were off slightly thanks to the pre-market downturn of mining stocks. Gold prices were sitting near a three-week high thanks to falling expectations over the timing of the U.S. Federal Reserve's next interest rate hike. The Fed is not expected to make any monetary policy decisions next week as the Brexit vote approaches. July's meeting remains a topic of conversation among traders on the floor and political junkies.

On the deal front, another big healthcare merger is on the horizon. Shares of Envision Healthcare Holdings Inc. (NYSE: EVHC) pushed up nearly 8% on news of a pending deal with AmSurg Corp. (Nasdaq: AMSG). These are the two largest companies in the United States in field physician and healthcare services. The expected value of the deal, according to The Wall Street Journal, is roughly $9 billion. Shares of AMSG fell slightly on news of the deal.

Crude oil prices remained above $50 per barrel despite traders taking profits and running. Investors took money off the table after yesterday's impressive run, fueled by a 3.2 million-barrel drawdown last week in U.S. inventories. WTI prices were down 1.3% this morning, while Brent crude was off 1.3%. The recent rise has been a boon for energy-reliant firms in transportation like CSX Corp. (Nasdaq: CSX) and suppliers in sand like Emerge Energy Services LP (NYSE: EMES), as demand for their services have increased in recent months.

Watch These Five Companies in 2016… There was a huge absence of IPO activity last year. In fact, only 170 companies went public in 2015 – down from 275 the year before. But 2016 is about to change all that as some of the biggest companies in the world prepare to hit the market. Here are the five we're keeping an eye on…
Join the conversation. Click here to jump to comments…