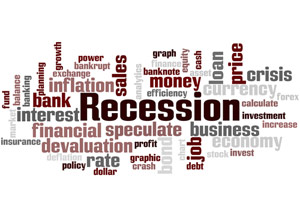 Dow Jones Industrial Average News, 6/14/2016: The flight to safety is on as investors pile into the Swiss Franc and the Japanese yen. There are concerns about a major disruption to two decades of free trade and economic cooperation across Europe.

Investors are playing wait-and-see to determine if voters in the United Kingdom are prepared to fracture the political bond between their countries and the European Union.

Buckle up, as it could be a bumpy ride.

However, there are plenty of ways to profit from this major vote set for next week.

You can find those profit opportunities in today's top stock market news, stocks to watch, and economic calendar for June 14, 2016.

Dow Jones futures projected a 45-point decline as global macroeconomic concerns rattle investor sentiment. This week, central banks around the globe will be eyeing events in Europe and trying to cope with lackluster growth prospects for the global economy. The S&P 500 and the Nasdaq also projected a downturn at the opening bell.

The U.S. Federal Reserve kicks off its two-day meeting on monetary policy. The possibility of a rate hike was all but shattered two weeks ago when the U.S. Labor Department announced a dismal employment report. The United States only produced 38,000 new jobs in April. That said, Fed Chair Janet Yellen had also commented that the possibility of a "Brexit" from the European Union would provide headwinds to the global economy. That is evident with the markets' downturn and the continued rise in the VIX.

On June 23, voters from the United Kingdom will vote on whether or not they will begin the process of departing the European Union, which is the world's largest economic bloc. With polls indicating that the vote could come down to the wire – and that a rising number of British voters are planning on voting in favor of a departure from the EU – traders are realizing the economic calamity that could soon follow. This morning, bond yields continued to fall across Europe, in Japan, and in the United Sates. With the Federal Reserve on edge, here's what you need to know.

Crude oil prices slipped again as the Brexit weighed on global sentiment and overshadowed a report by the International Energy Agency suggesting that supply and demand were largely balanced. The IEA projected increased demand from the global markets.