The latest Brexit poll today (Tuesday) shows that a Brexit is becoming much more likely.

Brexit polls today indicate Britain's "Leave" campaign is leading over "Remain" as the June 23 referendum (vote) quickly approaches. The vote will decide the UK's membership in the European Union. 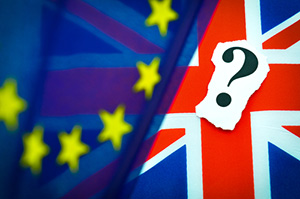 Markets are already growing fearful. And a vote to leave the EU could have a major impact on global markets in 2016.

Before we get into what the latest Brexit polls mean for investors in 2016, here are the most recent poll results.

The newest Brexit polls reflect increased momentum toward "Leave," or what has been dubbed Brexit. The "Leave" camp has gotten extra support over the last several days due to stepped-up focus on the immigration issue.

"Leave" had 46% support, versus 39% for "Remain" and 11% undecided, according to the latest YouGov poll for The Times. Last Monday, YouGov's polls reflected the "Remain" campaign had a 1% lead.

The "Leave" campaign got a sizable boost Monday when media mogul Rupert Murdock's Sun newspaper urged readers to vote to leave the EU.

Other poll results published on Monday also revealed the "Leave" camp was ahead...

An ORB poll for The Daily Telegraph shows that "Leave" has 49% support compared with "Remain's" 48%.

The latest Brexit poll news has become a global story. The results of the June 23 referendum will have far-reaching consequences for politics, the global economy, defense, migration, and diplomacy. And not just in Britain, either.

A Brexit has the potential to impact the entire global economy.

Investors are growing increasingly concerned that the UK will leave the European Union.

During a flight to safety through government bonds, the German bond yield fell into negative territory Monday for the first time in its history. That was also caused by Brexit fears. The yield on the 10-year U.S. Treasury note sits at a three-and-a-half-year low of 1.59%.

The UK gilt yield, meanwhile, has plunged to 1.13% from 1.43% at the end of May, as polls have shown a growing inclination among respondents to vote in favor of leaving the EU.

The volatility and the fear in the market should continue all the way up to the June 23 vote.

According to Morgan Stanley, the pound and the euro will get crushed by a "Leave" vote. Yet Morgan Stanley only sees "modest" gains for both in a "Remain" vote. The pound will "weaken immediately on a vote to 'Leave,' but by year-end we think euro could weaken even more."

The bank sees a 30% chance that the UK votes to leave and says U.S. stocks are a better buy for investors right now. That's because the biggest immediate impact will be felt overseas. Long-term repercussions and/or benefits are unknown.

Domestic banks, UK real estate, and retail stocks would fall sharply. Smaller companies would be particularly vulnerable to trade uncertainty. Consumer staples like tobacco, beverages, and pharmaceuticals should benefit from a weaker sterling, as well as their naturally defensive earnings bases.

As we prepare for the Brexit vote on June 23, the only certainty is that volatility will remain in the global markets.

It will be business as usual if the British people decide to leave the EU. But the benefit to the people will be MUCH more freedom from the tyranny of EU leaders. The choice is slavery or freedom.

There is also the issue of the Euro as a currency. It is my belief that the currency is ultimately doomed because the European Central Bank is trying to set the right interest rates and fiscal policy for a wide variety of very different countries and cultures. It can't be done. So, if the euro will eventually fail – so will the EU by default. That being so, it is in the interests of the UK to LEAVE the EU asap.

Brits have always had a strong work ethic which will come to the fore, backs against the wall usually brings out old strengths, what have we got to lose.
The alternative is a Europe controlled by Germany, and we all know what that means.
We don't want to be in Europe when the German bank holding trillions of dollars in derivatives explodes.
That will bring Europe to its knees……………