When it comes to sugar, I've been way ahead of the U.S. Food and Drug Administration.

A few years back, after taking a close look in the mirror, I committed myself to eating better, exercising more… staying in shape.

As part of that regime, I cut sugar out of my diet almost entirely, including my all-time favorite snack – dark chocolate.

As someone who hopes others can save their health before it's too late, I applaud the FDA's new standards. 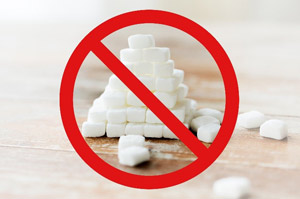 And as a tech stock specialist, I see the FDA's move as part of an "unstoppable trend" – and that makes the anti-sugar tide a moneymaking opportunity.

You can get in on this trend by buying and holding shares in a stable-but-growing food company. This stock may sound "boring" at first – but there's at least three "rocket-booster" catalysts behind it that are going to drive the shares higher for years to come…

And get this – you probably think of it as a chocolate company. Let's take a look…

The FDA took this action in an effort to combat obesity, diabetes and heart disease – all ailments that have been linked to sugary foods and drinks.

Just last week, the Centers for Disease Control and Prevention reported that 38% of U.S. adults and 17% of teenagers are obese.

So it might seem surprising that my investment recommendation here is a 150-year-old Swiss firm that got its start in condensed milk, milk-based baby food… and milk chocolate. 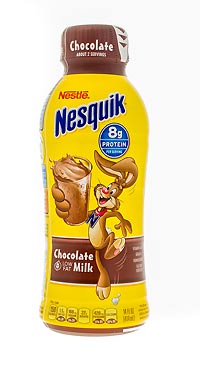 That said, when it comes to Nestlé, those of us who grew up mid-century still probably first think of Quik, the chocolate-flavored milk pitched by an excitable cartoon bunny.

Nestlé's huge number of well-known brands – the ones I listed barely scratch the surface – means it is literally everywhere. I'm sure your cupboard and refrigerator contain at least some of its products.

Most of these businesses are secure, diversified, and quite profitable around the world. And that means Nestlé has a very powerful moat – and little to worry about from competitors. Current investors can similarly rest easily.

Not Quite an Aristocrat

Because it froze dividends briefly back in the mid-1990s, technically, Nestlé is not found on lists of dividend aristocrats – stocks that have raised their dividends annually for 25 years or longer.

But it does have a long history of terrific dividend growth.

Besides that freeze, Nestlé has raised it every year since at least 1959. And it currently pays a dividend with a 3% yield – look for that to be hitched up each April and paid out each May.

And as I've been showing you over the past few weeks, dividend payers should be a part of your tech investing portfolio.

With such a rich history and stable business, Nestlé likely could have mostly ignored the changing patterns in eating and food regulations and let others focus on health foods.

Instead, its scientists are now in the lab finding ways to revise its products' ingredients while keeping their great flavors.

See, what I call the "New Nestlé" starts with a unit meant to propel new growth.

The market for "medical foods" – prescription-based powders and drinks to meet specific nutritional needs and treat disease – is already a $15 billion business. And it's growing by double digits each year.

You can already see the impact that healthier food is having on consumer spending.

The amount spent on gluten-free foods alone has doubled in the past five years to $8 billion and should hit $12 billion by 2019. Foods based on plant proteins (such as soy and almond milk) will see demand spike from $10.6 billion in 2010 to $39.8 billion by 2019, according to data compiled by Nestlé.

And at Nestlé Health Science, a small army of researchers are diving right down to the molecular level to see how foods can help sick people become healthy again.

The timing is great. Over the past five years, our knowledge of the human genome and the role that genetics plays in disease has grown exponentially.

It's no longer enough to reduce our carbohydrates, sugar or salt. We need to eat and drink foods that promote health and strengthen us against disease.

Nestlé is spending $500 million over five years to discover and develop healthful extracts found in foods like tomatoes, coffee, and grapes. And it's looking for ways to use those extracts to enhance the nutritional profile of many of its core foods.

For example, we know that yogurt has a range of healthy bacteria that can help with a whole set of digestive issues. Nestlé is now working with a set of small biotech firms that have deep expertise in areas like digestive bacteria and amino acids to develop foods that help build muscle mass, without the need for the kind of artificial powders used by many body builders.

This marriage of the firm's high-profile brands with its moves into nutritional foods makes Nestlé a great "special situation" play.

And we get the upside that comes with geographic reach. For example, its Felix line of pet foods was sold in 17 countries in 2010 but is now sold in 45 nations.

To be sure, sales growth of 3.9% in the first quarter of 2016 was the slowest rate since 2009. But the new focus on healthy products should add new sales at a much faster pace. (In other words, you're getting in at an opportune time here.)

Add it all up and you can see this is a good time to move into this stock – and, with that growing dividend, hold it forever.

When it comes to my health, I may like beating the FDA.

But beating Wall Street – as we're doing here – is even better.

Silicon Valley's Top Tech Dividend Stocks: Silicon Valley arrived relatively late to the "dividend game," but now it's in big. And these five tech firms are the sector's best dividend payers. Each is healthy, stable, pays at least a 2% yield – and all boast solid track records of dividend growth…