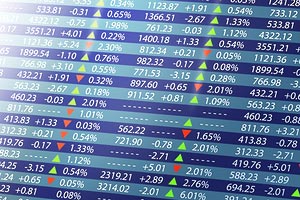 The Dow Jones Industrial Average broke a five-day losing streak after a tragedy in northern England halted the ongoing campaign over the United Kingdom's potential departure from the European Union.

It was a massive reversal from earlier in the trading session after the Dow shed roughly 150 points in morning trading. While all this volatility was happening, a number of events occurred that you might have missed.

The ongoing campaign in the United Kingdom over whether its citizens should depart the European Union was halted today after a British member of Parliament was murdered in northern England. The vote is scheduled for June 23; however, the death of Jo Cox, a supporter of the effort to remain in the EU, is certain to reverberate across the UK. Markets showed signs that the tragedy could fuel additional support to Cox's cause. Here's everything you need to know about the Brexit, the European Union, and the participants in this debate.

Meanwhile, the Federal Reserve remains in focus a day after the U.S. central bank elected to not increase interest rates this month. Fed Chair Janet Yellen acknowledged the threat of the Brexit to economic markets and said that she and her colleagues need to see stronger signs of economic growth before lifting rates. The Fed cut its expected growth rate for the U.S. economy to 2% this year and 2.1% next year. If both hold true, President Barack Obama would be the first U.S. leader to not have one year of growth above 3% during his two terms.

Oil prices again slipped for the fifth straight session as the dollar rallied on Brexit woes. WTI crude prices cratered 4.1%, while Brent crude prices slipped 3.8%. Oil prices are now at a five-week low as concerns about global demand are compounded by news of a smaller than expected drawdown in U.S. inventories. Money Morning Global Energy Strategist Dr. Kent Moors cautions investors about recent bearish sentiment in the oil sector and says that the recent dip in prices will not last. Here's all you need to know about oil prices right now.

It's a very good time for investors in the energy sector. And one of the best oil stocks to buy right now boasts a mouth-watering 7.2% dividend. But before we get to this oil stock to buy, let's discuss the one group of oil stocks that every analyst is recommending – and why you shouldn't listen to them…

But the big stock news took place in the semiconductor sector thanks to a wave of consolidation around the globe. Shares of QLogic Corp. (Nasdaq: QLGC) rallied more than 9% on news that it will be purchased by chipmaker Cavium Inc. (Nasdaq: CAVM) for $1.36 billion (CAVM stock was off 17% on the day). The deal sent shares of CAVM down more than 14%. Meanwhile, shares of ASML Holdings NV (ADR) (Nasdaq: ASML) were off slightly on news that it will purchase Taiwanese chipmaker Hermes Microvision for roughly $3.1 billion.

Let's look at the day's biggest stock movers and the best way to protect your money, right now.