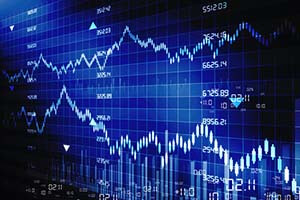 The Dow Jones Industrial Average went back in reverse Friday as more concerns about Brexit emerged, and one of the nation's most iconic technology companies received a harsh regulatory decision from the Chinese government.

While investors are overly focused on the possibility of a "Brexit," a number of key stories slipped under the radar during this turbulent session. Most important, all the headlines floating around today left one key question out: How you can profit from what is happening.

Let's answer that question and recap all the key events from today's session.

While everyone was talking tech and the Brexit, big news happened in China today that didn't involve Apple Inc. (Nasdaq: AAPL). Today, the second-largest economy in the world held an event to celebrate the arrival of the Model X by Tesla Motors Inc. (Nasdaq: TSLA).

UK citizens and politicians held off campaigning on the Brexit after a British Member of Parliament was murdered in northern England yesterday. The vote is scheduled for June 23; however, the death of the Jo Cox, a supporter of the effort to remain in the EU, is certain to reverberate across the UK. Here's everything you need to know about the Brexit, the European Union, and the participants in this debate.

Meanwhile, the U.S. housing market saw some mixed data today. New home construction slipped 0.3% in May, as volatility in the sector continues to weigh on broader economic sentiment. At the same time, building permits increased by 0.7%, and single-family starts were up in May. The sector saw the strongest gains in the Northeast, while they slipped in the Midwest.

Oil has been under pressure over the last week due to demand concerns tied to the Brexit debate. Meanwhile, recent inventory figures indicate that domestic crude stocks are not being drawn down as quickly as many energy economists expected.

But the headline-stealing company – for the third time this week – is Microsoft Corp. (Nasdaq: MSFT). The company announced that it is officially jumping into the legal marijuana industry and will partner with KIND Financial, a firm that builds technology for the cannabis industry. The two firms will establish a new service that is very unique to the agricultural sector. It will allow governments to track marijuana from the planted seed to the end sale of cannabis. Similar technologies exist for the purposes of tracking GMOs produced by leading agricultural seed firms like Monsanto Corp. (NYSE: MON). But this is the first time that a major international company has announced plans to enter this industry. Microsoft made headlines earlier this week with its $26.2 billion buy of LinkedIn Corp. (Nasdaq: LNKD) and its unveiling of a new Xbox system that will support virtual reality. Here are two reasons to love Microsoft right now.

Now, let's look at the day's biggest stock movers and the best way to protect your money.