While that's the biggest news of the day, there is much more investors need to know about this week's Brexit vote. That's why we've compiled a list of the top five must-know Brexit details.

But before we get into the list of Brexit facts, here's more about today's Brexit poll… 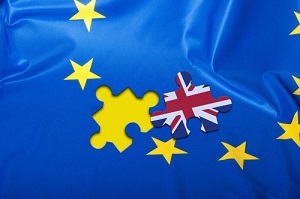 A survey published Sunday in UK's The Mail showed 45% of respondents backed the UK staying in the trade bloc, compared with 42% in favor of leaving. The poll-of-polls, averaging the last six polls in the June 23 Brexit vote, returned to 50/50. That signaled growing momentum for the "remain camp" in the EU referendum.

The Stoxx Europe 600 surged 3.5% in morning trading. By the close, the index logged its best day since August. The British pound soared 2% against the dollar to $1.464.

Over the last several sessions, the chance of a Brexit sent stocks lower around the world. Bond yields sank to record lows last week as investors feared a Brexit could spark a lengthy period of uncertainty, curbing growth and trade in the world's fifth-largest economy.

Those against the Brexit say leaving the EU would rattle global markets, disrupt trade, and severely damage the UK economy.

Meanwhile, Brexit proponents argue Britain will be better off in the long run outside the EU. They believe in full sovereignty and unconstrained control over immigration and economic regulations.

With the Brexit vote just days away and the outcome still uncertain, here are five must-know facts for investors, including what a Brexit would mean for your money…

Keep checking back for Money Morning updates up to and following Thursday's crucial Brexit vote.