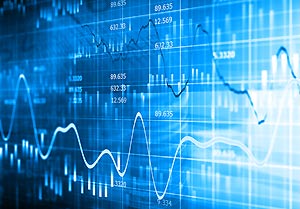 Dow Jones Industrial Average News 6/20/16 – A massive rally in the European stock markets propelled optimism in the United States, as public opinion surrounding the so-called Brexit is leaning toward the United Kingdom remaining in the European Union. The Dow added 129 points as geopolitical concerns slid.

First up, the "exit" campaign of the Brexit debate has lost momentum in the wake of Parliament member Jo Cox's death last week. A number of new polls indicate that a majority of voters now favor the UK staying in the European Union, which is the world's largest economic bloc.

Here are the five things you need to know about the Brexit right now.

This morning, Minneapolis Federal Reserve President Neel Kashkari warned that too much regulation could fuel problems for Wall Street and the economy. Kashkari said that if Washington sets capital standards that are too high for investment firms, borrowers could turn to non-bank lenders to access credit.

Speaking of the Federal Reserve, the central bank's Chair Janet Yellen goes to Capitol Hill tomorrow to testify before the Senate Banking Committee. Investors will be curious to know what the central bank head thinks about the timing of the next interest rate hike and other monetary policy matters. The thing is, investors shouldn't wait for Yellen's testimony or her next speech on monetary policy to start profiting. Here's the best investment you can make based on what the Fed is set to do next.

It was another solid day for silver prices, which pushed above $17.50 per ounce. Gold prices were going in reverse as worries over the Brexit subsided. There have been two reasons why silver and gold have seen significant volatility in recent weeks. First, the market reacted to the Fed's recent meeting and its decision on interest rates. Second, polls showed the "Leave" side leading in the upcoming Brexit referendum, which helped push up fears of uncertainty. Here's where silver prices are heading next, and how you can profit.

Oil prices rallied today as concerns about the Brexit faded. It was a great day for Marathon Oil Corp. (NYSE: MRO), which added more than 10% after the firm purchased PayRock Energy Holdings for $888 million. Shares of Chevron Corp. (NYSE: CVX) added 1.2%, while shares of Exxon Mobil Corp. (NYSE: XOM) added 0.6%.