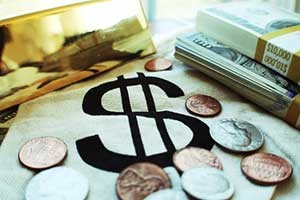 Dow Jones Industrial Average News 6/20/2016: Campaigning for the "Brexit" and the "Remain in the EU" banners resumed on Sunday, and investors remain very optimistic that the United Kingdom is poised to stay.

A new poll indicates a virtual tie in public support for both platforms, meaning that undecided voters are likely to become the siding factor. Expect the chatter and campaigning to heat up in the coming days.

You can find those answers in today's top stock market news, stocks to watch, ways to profit and economic calendar for June 20, 2016.

Dow Jones futures projected a 213-point gain ahead of today's open. The markets are surging after new polls indicate that U.K. voters are now leaning toward remaining in the European Union. Voters have their date with destiny on Thursday, June 23. It's a slim majority – still within the margin of error – but traders are taking the slight advantage and running with it this morning.

In a high-profile endorsement of staying in the EU, Ivan Menezes, the CEO of Diageo plc (ADR) (NYSE: DEO) sent a letter to his thousands of employees today and said it would be "better for the U.K., better for Diageo and better for the Scotch whisky industry that we remain in." Investors can anticipate more letters like this from firms with direct exposure to the Brexit.

Crude oil prices pushed higher as optimism about the United Kingdom surged and demand concerns faded. Oil prices were pummeled last week due to rising geopolitical concerns. Investors are keeping a sharp eye on the $50 mark. WTI crude was up 1.6% this morning, while Brent crude was up 1.5%.

The Federal Reserve is in focus this morning, as Minneapolis Federal Reserve President Neel Kashkari is set to discuss the banking sector and the dangers of "Too-Big-to-Fail." Kashkari was an assistant to Hank Paulson during the 2008-2009 financial crisis and is an alumnus of Goldman Sachs Group Inc. (NYSE: GS).

On Friday, Microsoft announced that it is officially jumping into the legal marijuana industry and will partner with KIND Financial, a firm that builds technology for the cannabis industry. The two firms will establish a new service that is very unique to the agricultural sector. It will allow governments to track marijuana from the planted seed to the end sale of cannabis. Similar technologies exist for the purposes of tracking GMOs produced by leading agricultural seed firms like Monsanto Corp. (NYSE: MON). But this is the first time that a major international company has announced plans to enter this industry. Microsoft made headlines earlier last week with its $26.2 billion buy of LinkedIn Corp. (Nasdaq: LNKD). Microsoft is also unveiling a new Xbox system that will support virtual reality. Here are two reasons to love Microsoft right now.