As crude oil prices languish in the run up to what could be a historic UK vote, on June 23, to leave the EU, another problem is surfacing for beleaguered U.S. oil firms.

More of them are either swapping debt for equity, or thinking about it.

The advantage of these swaps, of course, is that they remove debt from the oil companies' books, thereby improving their financial snapshot.

But there's a downside, and it may more than offset the short-term benefits. As oil prices remain below $50 a barrel, companies could simply be exchanging one negative for another… and the shareholders are caught in the middle.

Here's what you need to know to protect your portfolio…

Running on Debt Used to Be Sustainable 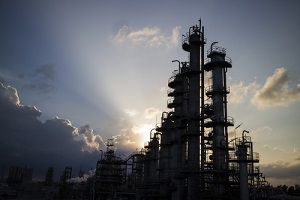 Cutting energy debt is understandably important to shareholders, especially as banks are seemingly starting to cut energy credit left and right. The move should bolster share value by improving the financials of the companies.

This is the main reason why moves to reduce debt are so high on the agenda. But it's important to keep in mind that these measures are limited and may yet invoke an attitude of "the cure is worse than the disease" in the market.

Oil companies incurred debt when oil prices were higher (much higher) than they are now. At this time two years ago, carrying debt was far less of a concern.

With crude selling at more than $100 a barrel, just about any producer could operate cash-poor without any impact on share prices. Outstanding debt was rolled over into new debt, and cash-on-hand was used for other purposes (dividend, M&A, share buybacks, etc.).

Debt-for-Equity Swaps Have Their Place

With the debt load approaching record portions of company asset values, and interest rates on loans to energy companies at unsustainable rates of more than 20% annualized, it's certainly understandable that management wants to cut debt down.

A sudden spike in oil prices or the sale of select assets could both provide the additional cash flow needed to retire debt. However, the former is not going to happen quickly enough to be an option, while the latter sacrifices long-term company value, as any non-performing assets have been sold long ago.

In short, neither is going to work in the time frame required by most of the oil companies currently under pressure. To stave off either bankruptcy or outright sale to a competitor, debt-for-equity swaps have emerged as one of the few avenues remaining.

And they can work. Recent swaps by the likes of Rex Energy Corp. (Nasdaq: REXX) and Comstock Resources Inc. (NYSE: CRK) did reduce debt and provided an immediate improvement in share prices.

But the impact is hardly all positive…

These Swaps Have Big Drawbacks – Especially for Shareholders

Both of these companies have since reversed the initial gains in share prices. In addition, the new shareholders face a loss of their entire position should bankruptcy ensue anyway.

Companies are also likely to issue additional shares to make up for the equity they transferred in the debt-for-swaps, much of which is handled at discount. In the absence of a massive influx of new revenue, that dilutes the value for all shareholders, new and old.

And even with swaps, companies cannot always escape going belly-up. The number of companies that have closed up shop over the past year are now approaching 70… and counting.

In fact, it's getting even worse. About a third of all U.S. oil and natural gas production companies may file for bankruptcy protection before the end of 2016, according to energy research and consulting firm Energy Capital Research Group (full disclosure: I'm the executive chairman).

Some of these will enter into debt-for-equity swaps before they cease operations.

By some estimates, well over $1 billion in distressed energy company debt has been swapped for equity over the past year. Now, that's just a fraction of the almost $400 billion in high-risk (i.e. junk) bonds currently weighing down oil companies…

For example, Reuters reported last week that "the strategy of Hong Kong-based activist hedge fund Oasis Management Co. Ltd. is to buy an energy company's bonds at deep discounts in the secondary market and then pitch the firm a deal to exchange them for equity, negotiating favorable terms for itself."

"On paper," the report continued, "Oasis nearly doubled its money when it swapped $26.9 million in bonds at oil and gas explorer and producer Rex Energy Corp. for 5.2 million shares of stock in April, according to public documents."

Usually, the shares are then unloaded quickly, since there is typically a very brief bounce in value once the swap takes place.

As a number of commentators have noted, acquiring equity for debt also increases the flexibility of the buyer. Equity can be sold on the secondary market at any time, while bonds usually take longer to dispose of.

This is especially true of distressed bonds that needs an additional discount.

Even then, companies entering into multiple swaps have still not addressed the primary problem…

Swaps Are No Cure for Energy's Credit Crisis

For example, Chesapeake Energy Corp. (NYSE: CHK) has conducted four debt-for-equity swaps in the last few months, but has managed to cut only $500 million from a more than $9 billion debt encumbrance.

With the discounts now mandated by institutional buyers, and the need to dilute share value as a result, the swaps for many distressed oil companies have become a temporary stay in an otherwise continuing march to insolvency.

They are a brief bounce at best, but hardly a fix for the energy credit crisis. Only a substantial and supportable rise in crude prices will accomplish that.

And that shot in the arm is not on the horizon.

So be wary of energy companies promising a debt-for-equity swap as the cure to their debt problems – the end result for you may well be worse than the debt itself.

The One Clear Winner from a "Brexit" Win: The Brexit debate is impacting both oil prices and the prospects for a wide range of energy companies. While a Brexit victory will have repercussions across the market, one clear winner will emerge – much closer to home than you think…