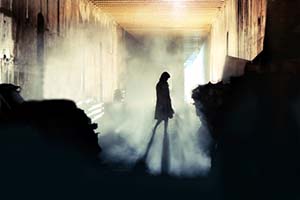 Nearly 24 hours ahead of the Brexit vote on June 23 and it's still too close to call.

Both stances have strong points of view to support their position:

Economists to political leaders have weighed in, but there is one definitive voice for pro-EU groups: Elizabeth Manningham-Buller.

Known as Dame Buller, she believes that leaving the EU will make Britain "significantly less safe."

Who Is Elizabeth Manningham-Buller?

Manningham-Buller was the director general of Britain's domestic spy agency, MI5, from 2002 to 2007.

She started off specializing in counterterrorism, but her role developed with increasing responsibility and import to UK national security:

Because Manningham-Buller has decades of experience working in security and assessing threats, she has a lot of clout in matters that involve the safety of a country…

Manningham-Buller wants to stay in the EU because of the intelligence information shared between the members of the EU. According to BreitBart, Manningham-Buller told a think tank on an unspecified date in London that Britain currently receives "life-saving intelligence from our European friends."

In the speech, she reportedly referenced threats from Islamic State extremists and plans of nuclear tests by North Korea as information shared between the EU group members.

But she worries Britain will lose its influence within the EU.

Supporters of a Brexit counter that Britain provides the EU with more information than it receives, and former head of MI6 (an agency responsible for gathering intelligence outside of the UK), Richard Dearlove, is in support of a Brexit.

Brexit supporters feel Britain can rely on its own intelligence information, as well as the information from its close relationship with America.

Manningham-Buller believes that Britain should focus on working with the United States and EU members. She feels that Britain helps raise the standards of weaker intelligence agencies within the EU.

Marc Faber Believes Brexit Is Best Thing to Happen to Britain: Economic commentator Marc Faber believes that the possibility of a Brexit is the best thing to have ever happened to Britain. This is shocking, considering that he is known for his gloomy outlooks. Here's why Faber is such a fan of a Brexit…