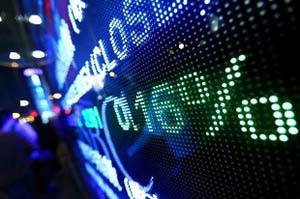 Dow Jones Industrial Average News, 6/21/16 – The markets now anticipate that British voters will reject a proposal to depart the European Union, but can investors trust the polls? It was another day of Brexit speculation and chatter about the U.S. Federal Reserve. But far more happened than these two headline stories.

First up, Federal Reserve Chair Janet Yellen testified before the Senate Banking Committee and discussed the Federal Reserve's proposed timing for its next rate increase and concerns about the global economy. Yellen urged caution and patience given the uneven growth witnessed in the U.S. economy as of late. Meanwhile, she said that the Fed is not taking sides on the ongoing Brexit drama, but hinted that it could have serious economic consequences on this side of the Atlantic. Here's the best investment you can make based on what the Fed is set to do next.

George Soros – who famously broke the pound in 1992, sounded off this morning that the sterling could decline by 15% to 20% should Brexit succeed. But Soros isn't the only one offering a warning. Money Morning Capital Wave Specialist Shah Gilani foresees an even bigger event on the horizon should the British proceed with the Brexit. Read all about it, right here.

The potential exit of the United Kingdom has investors looking for a way to profit no matter what voters decide this week. The thing is, most pundits are looking at how to trade the Brexit the wrong way. America's #1 Trader Tom Gentile offers a simple way to trade the Brexit, and it's the best opportunity to generate alpha this week. Click here to learn about this trade.

Hedge fund manager Bill Ackman was back to his old tricks, targeting health marketing company Herbalife Ltd. (NYSE: HLF). A longtime short of Ackman's portfolio, the hedge fund manager released a video today that centered on the firm's recruiting and marketing practices, which he has accused of being "predatory."

Oil prices retreated after traders took profits off the table and await the upcoming decision of UK voters. WTI crude prices fell 1.7%, while Brent crude prices dipped 1.3%. Today's biggest winner among energy stocks was Energy Transfer Equity LP (NYSE: ETE), which saw its shares increase by more than 18%. The company is involved in a court case tied to its merger with Williams Companies Inc. (NYSE: WMB).