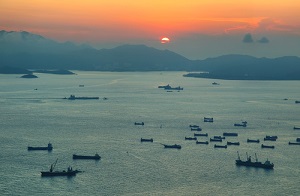 On Tuesday, two warships from the United States and five from China conducted a rare joint naval exercise in the South China Sea, according The Mirror.

The two-hour practice, which was mutually staged by both fleets, took place east of the Mariana Trench off the coast of the Philippines, The Mirror reported.

At first, Chinese naval officers were complimentary of the United States after the exercise. Wang Sheqiang, the commander of the Chinese naval fleet, said that both sides had an accurate understanding of each other's intentions and that both forces were adept at finding the "right positions and maneuvering," according to The Mirror.

One of China's most popular newspapers, the People's Daily Online, which is government regulated, said that the U.S. Navy had committed an "act of hegemony" by participating in the war exercise.

U.S. Corporations Capitalize on Washington: Every working American is required to pay income tax — but not every major company must. In fact, 11 S&P 500 giants paid none last year, and 43 more were at least partially exempt. Here's a full list of S&P and Fortune 500 companies that didn't contribute to the nation's GDP…

In the last several years, satellite images have shown China's increasing push to control the waters and islands of the South China Sea, according to the Council on Foreign Relations. China has built ports, military bases, and installed airstrips in the area. 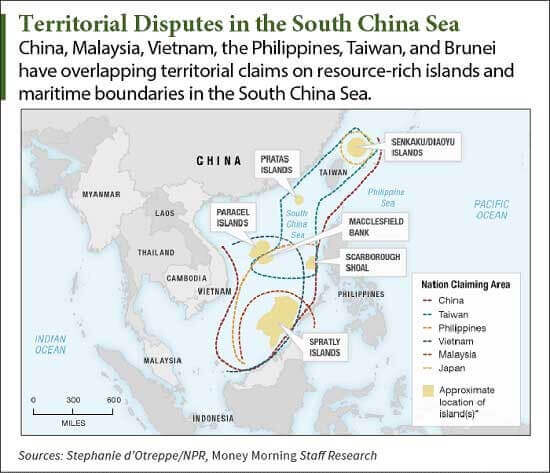 In the fall of 2015, the United States signaled that it will challenge China's sovereignty in the South China Sea region. The U.S. military answered China's territorial claims by deploying planes and warships near many of the region's islands.

China Issues a Stark Warning to the United States: The Red Dragon recently warned U.S. officials about the president's decision to lift the lethal arms trade embargo with Vietnam. But China didn't stop there…

The US has been doing this for the last century. There is not issue with this.

No country has sovereignty in international waters… China unequivocally wrong on all accounts and should not be building artificial islands in major international shipping lanes, threatening world commerce.