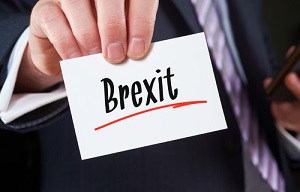 Dow Jones Industrial Average News, 6/22/2016: The cat is out of the bag. On Tuesday, U.S. Federal Reserve Chair Janet Yellen said that stocks are getting overpriced. In a statement, the central bank said valuations are much higher than in the past.

"Forward price-to-earnings ratios for equities have increased to a level well above their median of the past three decades," the Federal Reserve wrote in a prepared statement. "Although equity valuations do not appear to be rich relative to Treasury yields, equity prices are vulnerable to rises in term premiums to more normal levels, especially if a reversion was not motivated by positive news about economic growth."

That little nugget slipped under the radar of many in the media. And there are a number of other stories that you might have missed with the markets overly focused on the Thursday "Brexit" vote.

You can find those answers in today's top stock market news, stocks to watch, ways to profit, and economic calendar for June 22, 2016.

Dow Jones futures projected a 14-point gain as statements from Janet Yellen and tomorrow's vote by the United Kingdom on its future in the European Union loom. We've discussed at length here at Money Morning how the Brexit vote could play out over the next 24 hours, and you're going to hear about it non-stop on financial news networks.

But here's what they aren't telling you: How you should be trading the Brexit.

The housing industry is back in focus today with the release of monthly existing home sales. This morning, shares of KB Home (NYSE: KBH) were up more than 1.5% after KB beat second-quarter earnings expectations.

The Fed is in focus today as Janet Yellen returns to Capitol Hill to testify before the U.S. House Services Committee. Even though Yellen said yesterday that the Federal Reserve wasn't taking sides on the Brexit vote, members of the central bank have certainly expressed their concerns about the possible departure of Britain from the European Union. This morning in an interview with CNBC, Federal Reserve Governor Jay Powell warned that the financial markets – and particularly the banking sector – could experience significant volatility.