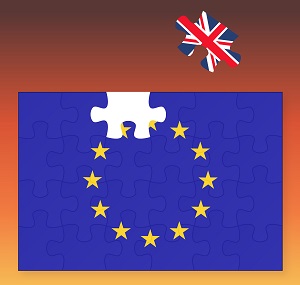 The EU referendum vote will take place on June 23, but we won't know the Brexit results right away.

Polling stations in the United Kingdom will be open from 7 a.m. to 10 p.m. on June 23 (Greenwich Mean Time). And according to the Electoral Commission, an independent body set up by the UK Parliament, voting turnout could be as high as 80%.

But even though voting concludes at 10 p.m., The Telegraph says Brexit voting results won't be disclosed until "breakfast time" on June 24.

Why Brexit Results Will Be Revealed on June 24

One of the reasons the results for the Brexit vote will not be revealed until at least 7 a.m. or later is that voting stations may stay open past 10 p.m. (5 p.m. EDT).

According to The Telegraph, some voters weren't able to vote in the 2010 UK general election because of long polling queues. But voters who are in line at 10 p.m. will have their votes counted this year.

That means final votes in polling areas may be cast well after 10 p.m.

The sealed ballot boxes will be collected by officials from polling stations after all votes have been placed. These ballot boxes will then be transported to one of 382 counting venues. Each ballot will be verified, and then the counting will begin.

The results will then be collected and combined by local counting officers. Then, regional officers in 12 electoral regions will announce the results when all areas have concluded their counts.

Ahead of the June 24 Brexit results, investors have been asking Money Morning the best ways to profit. Our Chief Investment Strategist, Keith Fitz-Gerald, has two clear ways to profit ahead of the Brexit vote. Find out more here…