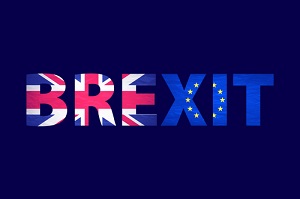 Dow Jones Industrial Average News, 6/23/2016: The day of reckoning has finally arrived, and markets are undeterred.

Today, expect more than 46 million British voters to head to the polls, where they will decide whether or not to depart the European Union over the next two years. Though there was a slight favor toward remaining in the EU, today will be all about turnout.

Younger voters are supportive of remaining in the world's largest economic block, but they are far less motivated to vote. This suggests that the decision to remain or leave could come down to the wire.

While there's still time, here is how you should be trading the Brexit.

Although the day will be dominated by news about the Brexit, keep in mind the Brexit results will not be announced until breakfast time (Greenwich Mean Time) tomorrow morning. Investors would be somewhat foolish to only focus on the Brexit this afternoon, as a number of other stories are shaping and profitable opportunities could slip under the radar during Thursday's trading session.

So let's get to today's top stock market news, stocks to watch, ways to profit, and economic calendar for June 23, 2016.

Dow Jones futures projected a 150-point gain ahead of Thursday's Brexit vote. But part of that optimism can be tied to recent statements by U.S. Federal Reserve Chair Janet Yellen, who said during testimony for Congress this week that the central bank would be cautious in its approach to raising interest rates. It was just a few weeks ago that another rate hike was all but certain in the summer months. However, jitters over the Brexit and instability in the jobs market upended the Fed's timing.

Crude oil prices were pushing higher over optimism that British voters would choose to "Remain" in the European Union. WTI crude was up 1.5% this morning, while Brent crude added 1.7%. The rally is also supported by weaker than expected drawdowns in U.S. inventories, announced on Wednesday by the U.S. Energy Information Administration. Here's Money Morning Global Energy Strategist Dr. Kent Moors' latest insight on the global oil markets and what you should be doing now with energy stocks.