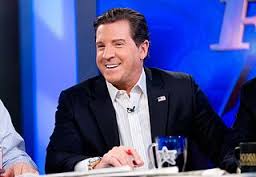 In his new book, "Wake Up America," FOX News host Eric Bolling makes some bold predictions about the changes America would endure under a President Hillary Clinton.

Bolling specifically outlines several measures he fears the former secretary of state will introduce as commander in chief. Among them:

You Don’t Have to Vote for Apocalyptic Meteor 2016: If you’re disenchanted by the two presidential candidates you’ll have this November, fear not – lack of love for Trump and Clinton has opened a door for an unexpected third candidate to shock the polls. Here’s what we mean…

Bolling admits that his predictions are hypothetical, but says the specifics shouldn't matter much.

"Whether the president of the United States is Hillary Clinton or Bernie Sanders or Joe Biden or Mickey Mouse - as long as it's someone who pushes a progressive, radical leftist ideology, we are in danger," he writes.

Now, here's a look at the FOX host's thoughts on how Hillary Clinton will treat Wall Street as president...

Hillary Wants What?! Leaked documents just revealed Democratic presumptive nominee Hillary Clinton's super diva demands when it comes to giving public speeches. Here's a look at what the former secretary of state requires -- including her preferred mode of transportation: a Gulfstream 450 jet...

After number 10 there will be bloody civil war much worse than all other wars we were ever in.

What is Hillary's next move?

She may threaten to NUKE Russia